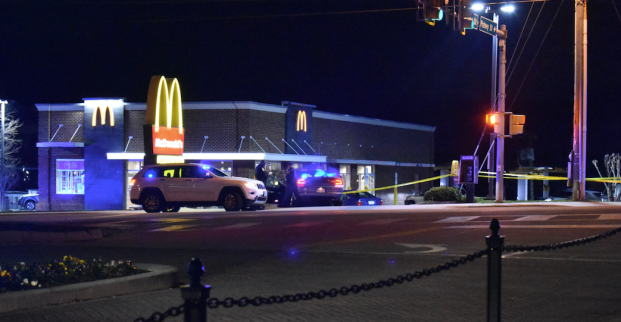 Longwood University Police Department and The Farmville Police Department are investigating a report of multiple gunshots near the intersection of Putney Street and Main Street. According to a university press release, a weapon has been recovered and a person of interest has been detained.

An emergency alert notification was sent out to Longwood University students at 9:38 p.m. Sunday, January 12 stating that police were investigating a person with a gun on campus. Students were advised to go inside to a locked and secure location.

According to Farmville Chief of Police A. Q. “Andy” Ellington, while several vehicles were struck, no injuries were reported.

The Farmville McDonald’s was surrounded by caution tape at approximately 10 p.m. Sunday night. At 11:10 p.m., students received another emergency alert notifying them that the campus had been secured and that it was safe to move around.

“Due to the increased prevalence of flu in our area all Centra facilities are implementing temporary visitation restrictions,” a press... read more