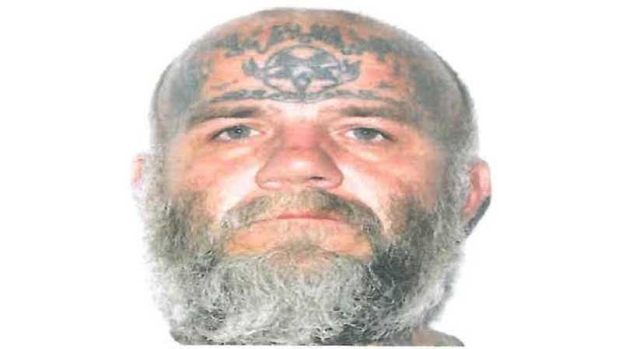 Carl "Buster" Edward Shifflett is at large after escaping from the custody of the Buckingham County Sheriff's Office Wednesday night.

The Buckingham County Sheriff’s Office warns that a man remains at large after escaping from custody late Wednesday, Jan. 29.

According to a release from the sheriff’s office, at approximately 10 p.m. Wednesday evening deputies had Carl “Buster” Edward Shifflett, age 45, in custody for non-violent misdemeanor offenses. While at the courthouse in Buckingham County, Shifflett fled on foot from deputies while handcuffed.

The release said deputies gave chase to Shifflett before losing him in the wood line just west of the courthouse off of Route 60.

It is believed Shifflett was picked up by an accomplice in a vehicle.

Shifflett’s whereabouts are unknown at this time, the release said, but he has ties to the Buckingham, Scottsville and Charlottesville area.

Shiflett has numerous outstanding warrants from Albemarle and Buckingham counties, including seven misdemeanors and two felonies in all.

Anyone who may have information regarding Shifflett’s whereabouts is urged to contact their local law enforcement agency or the Buckingham County Sheriff’s Office at (434) 969-1772.

Stick with The Herald for updates.