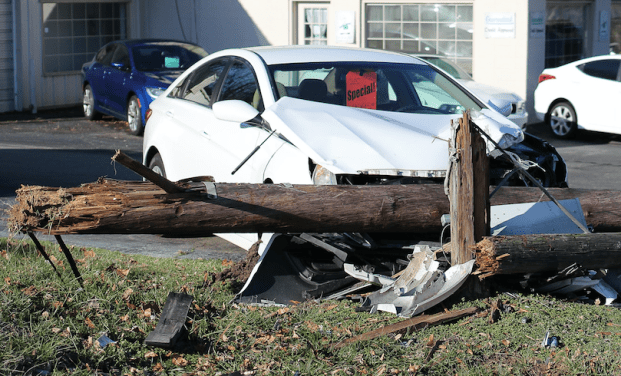 According to Farmville Police Chief A. Q. “Andy” Ellington, Trazell Jamol Fitzgerald was traveling East Bound on Third Street when he ran off the road and struck two utility poles and a parked vehicle at Dollar Bills Auto Dealership. “He appeared to be traveling at a high rate of speed,” said Ellington.

Fitzgerald was arrested and charged with driving under the influence and transporting or possession of a firearm after being convicted of a felony.