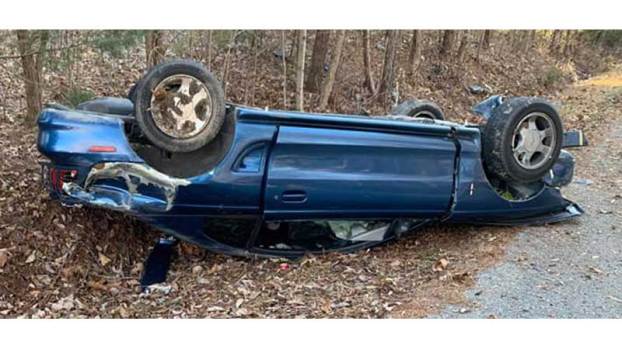 A juvenile driver was located after originally fleeing the scene of an overturned vehicle on the morning of Tuesday, Jan. 21.

Law enforcement authorities responded to a report of an overturned vehicle Tuesday, Jan. 21, to find a blue Ford Mustang on its roof on the side of the road. The driver of the vehicle could not be located at the time of the incident.

A male in a black Ford Mustang arrived on scene and stated the crashed vehicle was his car, according to Cumberland County Sheriff Darrell Hodges.

VSP Trooper Clinton Thaxton confirmed Wednesday evening, Jan. 22, that the driver of the vehicle, a juvenile, was later located. No further information about the incident has been provided.

All five new members of the Cumberland County Board of Supervisors gathered for their first meeting of the year Jan.... read more