Anne Lee Newcomb Varner, 89, of Farmville, VA passed away on January 5, 2020 at the home of her son in Farmville. She was born in Charlotte County, VA on February 1, 1930 to the late Callie Owen and Marion Dell Newcomb. She was married to the late Lawrence Cary Varner and together they raised 6 children. 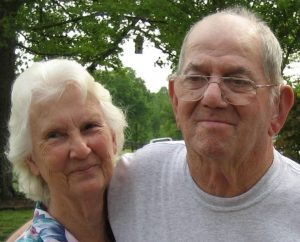 She was preceded in death by her husband of 63 years, one daughter, Carolyn Varner Baldwin, one son Harold Joseph Varner and one granddaughter, Amy Rainbow Varner.

She is survived by her brother, Callie Hagood Newcomb of Farmville. She was predeceased by her siblings Aubrey Newcomb, Ruth Wade, Edward Newcomb, Bernice Newcomb and Agnes (Nell) Francis.

Anne was a devoted and loving wife and loving mother/grandmother. She loved working in her flower garden, doing yard work and looking after loved ones.