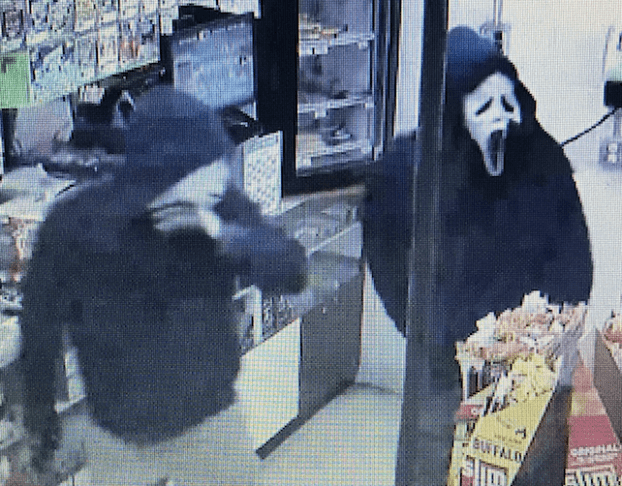 Two subjects are sought in this robbery, and the sheriff’s office is requesting assistance in identifying them, noted the release, which included two photos, as seen above. The subjects utilized firearms to commit the robbery.

The release concluded by stating that anyone with information is asked to contact Lt. Joseph Sprague at (434) 392-8101.

This image released by the Prince Edward County Sheriff’s Office shows the two subjects being sought in an armed robbery reported Friday, Dec. 13, as having taken place in the 27000 block of Prince Edward Highway.

The Prince Edward County Sheriff’s Office received a report Friday, Dec. 13, of an armed robbery in the 27000 block... read more