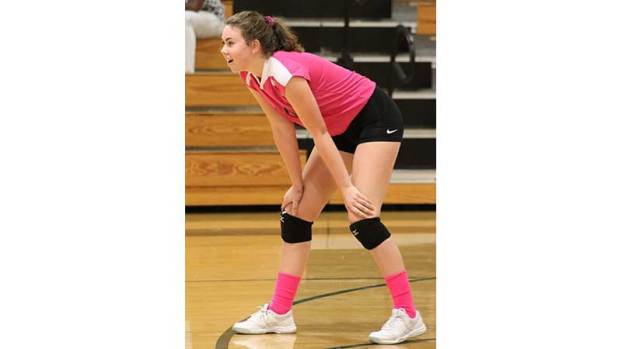 “Overall, I was pretty happy with it,” Lady Knights Head Coach Neal Aldridge said of his team’s season. “I didn’t expect to finish as well as we did. Comparative to last year, we made vast improvements on a lot of the fundamentals. I lost three girls last year as seniors, so we brought back five that were regular players, so that really helped us. We had a lot of experience compared to the year before where we had lost nine, so that was a positive.

“Overall, we changed our offense from a 5-1 offense to a 6-2 offense, which seemed to help,” he continued. “So that gave us three hitters all the time instead of just some rotations you only have two hitters and a setter in the front. So with all those things, we were a little more productive. … We actually created some offense this year, which was great. I’m, overall, very happy with the entire team.”

The team will lose five players to graduation.

“All of them I consider to be leaders,” Aldridge said. He pointed to two of them who were captains  — setter Christyn Amos and libero Hannah Davis.

“She is very tall, very thin, very quick,” Aldridge said. “She hits the middle well, blocks well. She’s just a very, very good offensive player. She runs the middle like a middle should be run.”