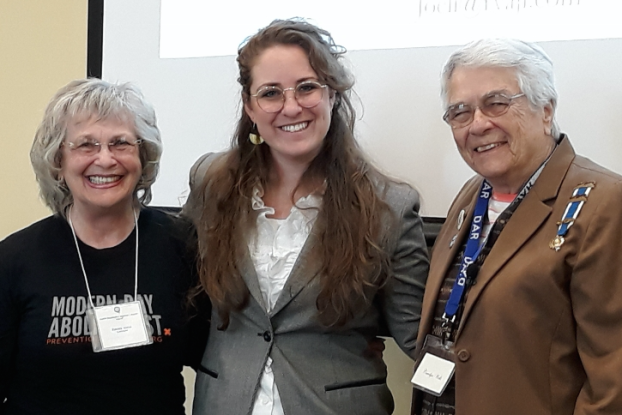 On Nov. 9, Joelle Dension of the Richmond Justice Initiative was the guest speaker of the Judith Randolph-Longwood Chapter, Daughters of the American Revolution (DAR) during its monthly meeting. The topic of her discussion was “Human Trafficking in the United States and How You Can Get Involved.”

Denison spoke of the signs of human trafficking, which is also known as “modern slavery” and how to recognize them. She detailed some startling statistics, such as, the estimated total of enslaved people worldwide is about 40.6 million; that human trafficking is the second largest growing criminal industry in the world and that human trafficking cases have been reported in every state of the U.S. including Virginia.

JoAnn Jones was the guest speaker at the October meeting of the Cumberland Garden Club. Jones is a good friend... read more