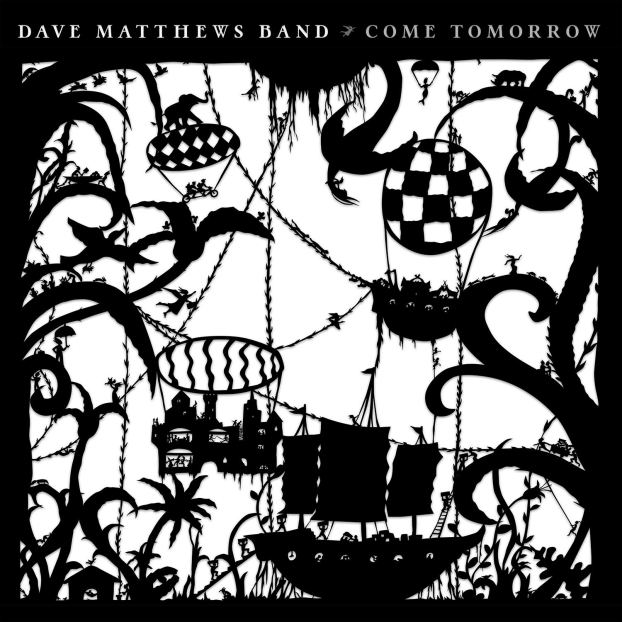 Beatrice Coron, a world renowned, New York Citybased artist, designed this cover of Dave Matthews Band’s latest album, and she will be speaking about her work at Longwood University on Tuesday, Nov. 12, at 3 p.m.

A world-renowned visual storyteller known for her large-scale cutout images that have been featured in major museum collections and on the cover of Dave Matthews Band’s latest album, “Come Tomorrow,” will visit Longwood University in November, a recent press release cited.

Officials noted in the release that Beatrice Coron, a New York City-based artist, will speak about her work at Longwood on Tuesday, Nov. 12, at 3 p.m. A reception will follow her talk, which is free, and the broader community is warmly invited to attend.

“Beatrice Coron is one of the most exciting and celebrated artists working today,” Longwood Professor of Art Kerri Cushman said in the release. “Her work transcends traditional limitations of space and challenges viewers to study the timeless narratives and allegories depicted in these intricate pieces. She is a unique artist whose work resonates across generations.”

Coron was born in France and moved with her family around the world, living in Egypt, Mexico and China before settling in New York in the mid-1980s, the release stated. Her global experience can be seen in her paper cuts that often blend cultures and time periods to create a powerful overall image. Cityscapes meet Greek heroes, cross-sections show life above and below ground, and interconnected shapes add dimension to silhouetted images.

The release cited that her exhibition, “Cut Stories: Long & Short,” will be on view in the Bedford Gallery from Nov. 12-Dec. 6.

In her artist’s statement on the exhibit, Coron expresses what she hopes attendees will walk away from the art with, officials highlighted in the release.

“These visual chronicles record archetypal stories that transcend time and space,” she wrote, as quoted in the release. “My goal is to invite the public to pause and bring their own ideas, finding personal interpretation to reclaim their imaginative powers.

“My personal history fueled my curiosity for stories and questioned my perception of realities,” she continued, as quoted in the release. “I have been fascinated by the relation of people to their space and the sense of belonging. Using papercutting where everything is cut from a single piece of Tyvek, the profusion of individual stories makes a coherent whole world.”

Board waives fees for Fuqua

The Prince Edward County Board of Supervisors voted unanimously, 7-0, during its regular October meeting to grant a request from... read more