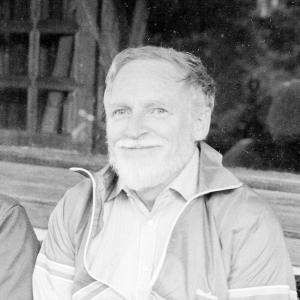 Leon Neely Beard, Jr., a retired college physics teacher, died 10 October 2019 at his home in Pawleys Island, South Carolina. He was 84. Known as “Neel,” Dr. Beard conducted research in crystallography, the physics of music, and the design of affordable laboratory hardware for physics classrooms. The primary cause of death was cancer. Dr. Beard served a short stint in the Navy after winning a scholarship to the Naval Academy in high school, and after three semesters at Annapolis, he then chose to study physics and earned his B.A. in 1957 and his Ph.D. in 1967, both from Vanderbilt University. Early jobs included being a Mathematician at the Army Ballistic Missile Agency, Redstone Arsenal, Alabama (1958-62), where he published two papers for NASA on rocket aeronautics and digital computing. In 1959, he married Jacqueline Phillips of Nashville, and lived with her in Tennessee, Alabama, and Virginia. They had one son, Phillip, and were divorced in 1983. Dr. Neel Beard taught at Hampden-Sydney College in Virginia from 1968 until 1995. In the 1970s and 1980s, he creatively fused interests in electronics and music in the development of a breath-controlled music synthesizer called the “Sydophone,” which adeptly imitated wind instruments like saxophones, oboes, and horns. Dr. Beard was a devoted clarinet player in the Litton High School band in Nashville, and in the Huntsville Civic Orchestra in Alabama, which played a classical repertoire. Later research interests in microcomputers inspired him to develop laboratory apparatus in inexpensive kit form that could serve high school and undergraduate physics classrooms. He began his professional science career working for NASA, but in his later years as a college teacher, he concentrated on interfaces of computers and catapults, pendulums, and turntables for basic experiments in earthly forces and motion. In 1990, he received a Merck Innovation Award for this work. While he taught subjects related to mechanical and electrical engineering, his interests in music and the visual arts made him well-suited to a liberal arts college like Hampden-Sydney, which required a broad education in languages, literature, and philosophy even from its science majors. Dr. Beard was an only child, born to Leon Neely Beard, Sr. and Ruth Ricks in Nashville on 22 December 1934. His father was a salesman of cars and real estate. His family lived in Florida during World War Two, where Leon Beard worked in shipbuilding. Dr. Beard was an early fan of Gene Nobles’ nighttime rhythm and blues show on WLAC in Nashville. A man of varied tastes throughout his life, he collected blues and chamber music and model trains in his retirement. He is survived by his son, Dr. Phillip Beard, who teaches English at Auburn University.

To view these details online or to offer words of comfort through the online guestbook, kindly visit the funeral home website at, www.burroughsfh.com

Burroughs Funeral Home & Cremation Services of Murrells Inlet, SC (843.651.1440) is honored to be assisting the family.