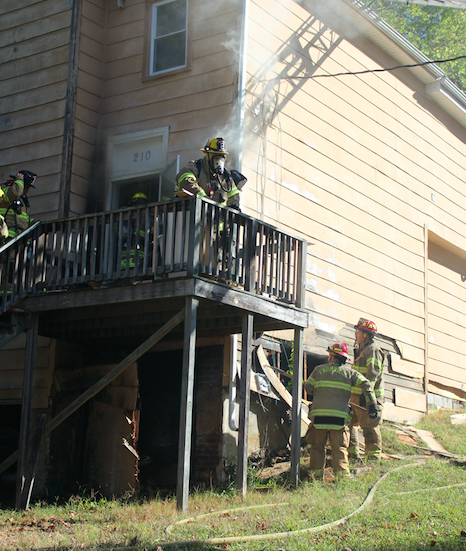 Multiple fire departments responded to a house fire in the 200 block of Winston Street on Friday, Oct. 18. The Farmville, Hampden Sydney and Rice Fire departments were dispatched to the scene shortly after 10 a.m. According to Farmville Fire Chief, Dean Farmer, upon the arrival of Engine 1, crews encountered heavy smoke conditions. “Crews then began an aggressive fire attack and quickly extinguished the fire,” said Farmer. The residence was currently vacant and under renovations at the time of the fire. No injuries occurred during the incident, and the fire was determined to be electrical in nature.

A 39-year-old Rice woman has been arrested and charged with felony hit and run, and no valid operator’s license following... read more