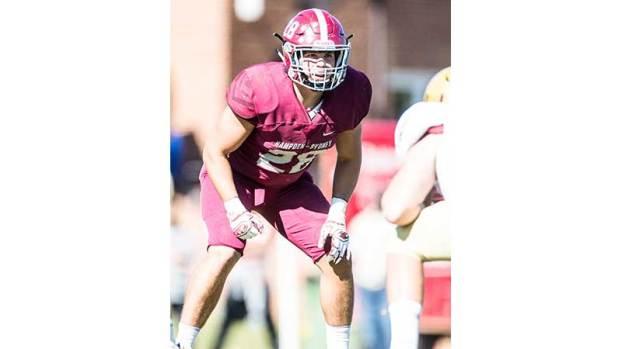 Officials noted in the release that the Tigers (1-2) lead the overall series against the Generals, 39-36-2, including a 24-20 road win in Lexington last season. H-SC and W&L first met on the gridiron in 1899.

The Generals (2-1) are a run-heavy team, keeping the ball on the ground 90 percent of the time.

“Over the past few years, they run the ball as well as anybody in the country,” Hampden-Sydney Head Coach Marty Favret said. “We’ve got to find a way to slow them down. We did it last year; we held them 20 points. But that’s the first thing that kind of jumps out at you is, defensively, we’ve got to be ready to play against a style of offense you don’t see every week.”

H-SC is led by senior quarterback Clay Vick, who has passed for 842 yards and three touchdowns in three games, the release stated. His favorite target has been senior wide receiver and All-America candidate Major Morgan, who has 30 receptions for 382 yards, along with junior wide receiver Blake Page, who has 17 catches for 158 yards, as well as Fuqua School graduate and junior tight end Ed Newman with 14 receptions for 137 yards and one touchdown.

Favret noted that the Tigers are battered on offense right now, though, and will be missing a couple of players Saturday due to injury, including Newman.

The coach said his team will be heavily relying upon sophomore running back Kaleb Smith, who the release noted has rushed for 219 yards on 47 carries with one touchdown and adds nine catches for 62 yards.

The release continued by noting that W&L is led by junior running back Josh Breece, who has rushed for 218 yards on 37 carries with three touchdowns, and is the team’s second-leading receiver with six catches for 35 yards. Sophomore quarterback Jack Pollard passed for 196 yards and two touchdowns and rushed for 110 yards on 15 carries and one touchdown while making his first collegiate start last week. Junior wide receiver Montgomery Owens has eight receptions for 170 yards and two touchdowns. Senior linebacker Will Corry leads the defense with 22 tackles, including 2.5 sacks.