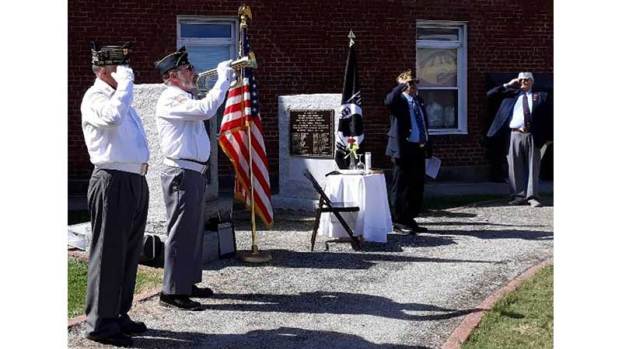 VFW Post 7059 conducted its annual POW/MIA Remembrance on the lawn of the Prince Edward County Courthouse on Sept. 20.

POW/MIA Recognition Day is a day of remembrance and hope for the safe and speedy return of American Prisoners of Wars and those still Missing in Action. It also seeks the return of the remains of Fallen Soldiers.

Today, there are still more than 83,000 American troops missing in action, according to the Department of Defense Prisoner of War-Missing Personnel Office. That includes some 73,681 from World War II; 7,947 from the Korean War; 126 during the Cold War; 1,657 from the Vietnam War; and six from Iraq and other conflicts.