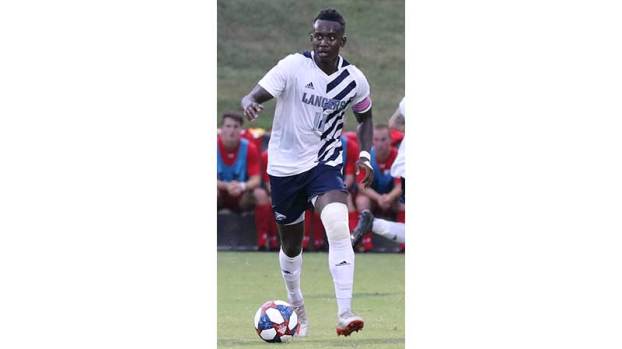 Rain and lightning forced Longwood University’s and Virginia Military Institute’s (VMI) men’s soccer teams into the locker room for nearly an hour at halftime Wednesday night, Longwood Athletics press release noted. The Lancers made sure it was worth the wait.

Powered by goals from four different players, Longwood shook off a lengthy delay to erupt for four goals after halftime and cruise to a 5-1 win over VMI at the Longwood Athletics Complex, officials cited in the release.

Lancers junior midfielder Ander Etxaniz provided two of those strikes, including the first-half game-winner, the release stated, while redshirt senior Willy Miezan was the spark plug to Longwood’s second-half surge with a goal and an assist in the first 11 minutes after the teams returned to the field following halftime.

The release highlighted that the five goals are Longwood’s most in a game since a 6-2 win over Big South foe Campbell University on Oct. 1, 2016 and tied for the program’s second most since making the jump to the NCAA Division I level in 2004. The goals also lifted the Lancers to their second straight home win at the athletics complex where Longwood has outscored its first two home foes 8-1.

In the release, Miezan, whose 49th-minute goal was the 20th of his Longwood career, said, “We had a stern talk. We went in the locker room and said we’re a better team than what we showed in the first half. We wanted to go back out there, step on it and finish the game off in the first 10 to 15 minutes.”

That halftime charge filled only a fraction of the 56-minute delay, which commenced at halftime after lightning strikes in the area began as the teams headed back to their locker rooms, officials said in the release.

The Lancers (2-1) visit Robert Morris University on Sunday at 1 p.m.