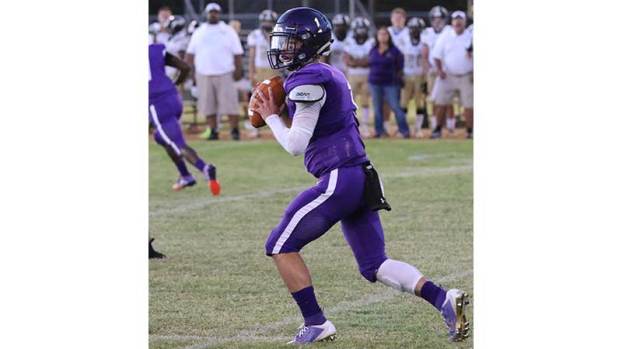 Prince Edward County High School’s varsity football team kept things close for a half against Amelia County High School, with the Eagles trailing only 20-14 at halftime, but the Raiders were able to establish separation on the scoreboard in the second half to hand the Eagles a 38-14 home loss.

The Eagles were entering this game fresh off their first victory of the season that featured their previously scoreless offense springing to life for 54 points against host Randolph-Henry High School. The Eagles continued to show their ability to put points on the board Friday night, benefiting greatly from the athleticism of sophomore quarterback Nate Reed. He finished the game with 16 carries for 78 yards and two touchdowns. He also went 5-for-16 passing for 81 yards.

Senior running back Tai’Juan Williams added 16 carries for 53 yards and one catch for a couple of yards. Junior wide receiver De’Murie Banks registered two catches for 33 yards, and senior wideout R.J. McCargo had one reception for 36 yards.

The Eagles (1-3) have a bye this week and return to action Oct. 4 at Nottoway High School.