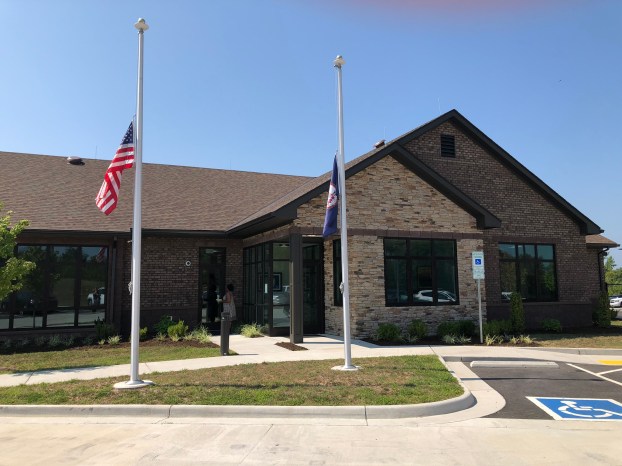 State and area officials celebrated the opening of the new Farmville Residency Office from the Virginia Department of Transportation (VDOT) Tuesday.

The approximately 6,000 square-foot facility is located at 637 Commerce Road, across the street from the Southside Virginia Family YMCA.

The building opened near the end of 2018. The total construction cost was approximately $3.4 million, including office building design, construction and land.

The facility was built by Lynchburg-based Custom Structures.

The previous residency office was located in the Town of Dillwyn in Buckingham County. To commemorate the office, participants planted a tree at the site and presented remarks.

Dodson, according to information by VDOT, spoke about benefits that the new building will have for both residents and employees.

“Today is a win-win in so many ways,” Dodson said. “Not only will the public benefit from the completion of this new state-of-the-art facility, but so will the employees. In addition, Scott (Frederick) will bring new ideas and enthusiasm to the district team and he will benefit from the experience of those who have been here longer. I look forward to working with him and the entire Lynchburg District VDOT team to ensure that together we are addressing the needs and concerns of the citizens, not just the 10 counties, a number of towns and two cities in the Lynchburg District, but for the entire state.”

Foster said the building’s central location in Farmville will make it easier for CRC representatives to visit with VDOT about various community projects.

Jim Wilck, chair with the Prince Edward County Board of Supervisors, said he attended the event and was glad for the office’s presence in the area.

“We’re delighted to have the residency here in town,” Wilck said.

Wilck said Wednesday he was impressed by the building and by the ribbon cutting, adding that VDOT representatives from Richmond and Lynchburg attended the event Tuesday. He said he spoke with Frederick and said the area has had a good working experience with VDOT.

Cary spoke during the event about the new features of the building, including better accessibility for those with disabilities and being more energy efficient.

“For several years, I was the Lynchburg District engineer, so I am very familiar with the old Dillwyn Residency office,” Cary said. “While it served the agency well for many years, it had its share of problems, including no handicapped access. The Dillwyn building dates back to 1932, and it was simply unable to support the space and technology needs of today.

“The newly-built Farmville Residency is not only handicapped accessible, but more accessible to the community due to the new centralized location. The building offers a modernized environment and energy efficiencies that support a better workplace for employees, and decreased recurring costs for the agency,” Cary said.

On the same lot as the residency building, Cary also spoke about the potential for a shop and fuel site for equipment repair and maintenance for VDOT.

“The central location will be helpful in getting equipment back on the road as quickly as possible to serve the community,” Cary said.

The construction for the shop is expected to begin later this year, Cary said.