The gardener and the wedding: Part II 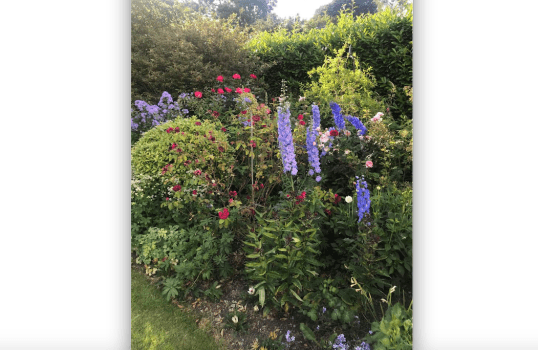 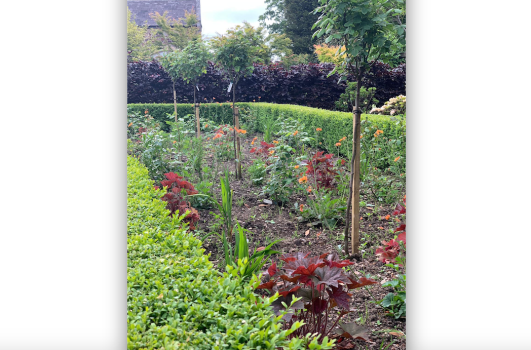 The wedding is fast approaching — Labor Day weekend. Invitations have been sent, responses have been tallied, accommodations and transportation have been arranged; even the seating has been sorted. Everyone is calm. Except the gardener. He’s still pondering how many more improvements to the garden he can make before the wedding or before anyone catches on to his plotting. He’s in charge of outdoor activities — croquet and Pimm’s cups on the lawn before the ceremony; a pig roast in an informal area of the garden the night before the ceremony; and an elaborate, outdoor three-course post-wedding breakfast.

With the help of his gardening assistant, the secret diagram has been executed. The new low box hedges are perfect and so are the mixed plantings within their boundaries; the lawn looks like closely clipped velvet; the borders around all the beds have been precisely edged; and there isn’t a weed in sight. Weeds would have to have a death wish to invade this garden!

And so, the gardener decided that it was time for something whimsical and unexpected. Ah, yes! Why not a red, white and blue planting scheme in the informal annual beds near the back verandah. The colors would honor the groom’s American family and provide the perfect backdrop for the pig roast. After much deliberation, the gardener decided on a mix of white Nemesia (Poetry and White Knight), blue Lobelia erinus (Cambridge Blue), and red geraniums (Calliope), not exactly run of the mill selections. Ones, in fact, that would raise eyebrows and lead to questions. Just what he wanted, of course.

Nemesia is an old-fashioned bedding plant that’s originally from South Africa and is enjoying a resurgence in popularity, but isn’t so well-known that it’s found at every garden center. It’s easy to grow, available in a variety of colors, and has fragrant flowers that look like tiny orchids

Lobelia erinus is another South African native that is gaining popularity as a garden annual. Cambridge Blue is a soft, true blue variety that’s low growing, spreading and known for its profuse blooms

The choice of the common garden geranium for the red element was bold; no one would ever expect the gardener to plant geraniums. They’re just too ordinary, but work perfectly in this situation. The Calliope cultivar has dark, velvety red flowers and a spreading habit, along with good branching. Even if the other plants sulked, the gardener reasoned, the geraniums would look just fine.

Everything is planted, and the garden looks stunning, but the gardener probably isn’t finished. Diagrams on scraps of paper indicate that there are pots to fill and move around to the perfect location; there are fairy lights to string along the back verandah; and there is a newly acquired antique armillary to position on a plinth along one of the formal paths. There have even been murmurings about bunting for the pig roast. Now that would really be quite the thing at an old rectory.