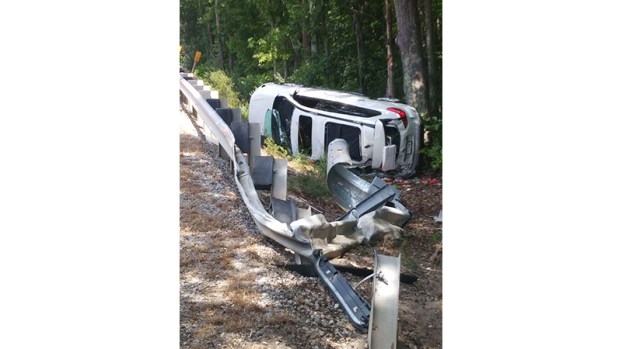 A vehicle struck a guardrail and overturned Monday afternoon after running off the road while traveling on U.S. Route 360 in Prince Edward County.

“A vehicle traveling on (U.S.) Route 360 ran off the road, struck a guardrail and overturned,” she said. “At least one person was transported from the scene to a nearby hospital for treatment.”

Geller noted that the crash remains under investigation.