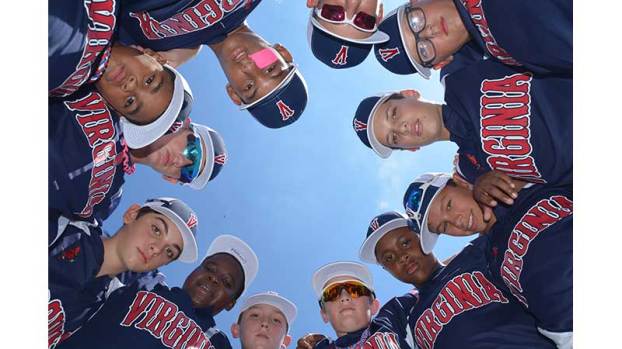 Memories for a lifetime

The Prince Edward-Farmville Youth Association (PEFYA) Majors all-star team may have gone 0-2 at the 2019 Dixie Youth Baseball Division 1 Major League World Series in Ruston, Louisiana, but the boys and their families made memories that will stand out across their lifetime, both related to events on the field and off of it.

“I know the whole purpose of the trip was to go down and play baseball, but to be honest, it’s a lot more than that,” PEFYA Majors Manager Mark Simon said. “It’s about just growing, bonding, things like that. The baseball is the reason why we go, but you get more out of the trip than just the baseball, obviously.”

Some families made the trip to Louisiana a trip down memory lane.

“Several of us, a lot of the parents and players had a little caravan down to Alabama,” Simon said. “We broke the trip up and stayed there the first night on our way down, and we stayed right near Oxford, where the site of our 2017 World Series was, when we were in Minors.”

Ten of the 12 players on the PEFYA Majors all-star team this year were part of the PEFYA Minor League World Series-qualifying team in 2017.

Those traveling returned to the ballpark in Oxford for photos.

On Thursday, Aug. 1, the team and accompanying loved ones accepted an invitation from the team’s host family, the Adams, in Ruston, Louisiana, to come to the family’s house for a cookout and pool party.

“It did turn out to easily be our best night of the trip,” Simon said. “They were just amazing people. They provided us a meal, opened their homes up to 40 complete strangers, and you would have thought that we were all just lifelong friends. … That was a good experience for the kids to see some compassion like that.”

On Friday, Aug. 2, there were skills competitions held for the teams participating in the World Series.

“We did the base running skills challenge,” Simon said. “We had the home run derby, which Noah Boehmer competed in, and then we did the around-the-horn defensive drill, which was where you had a player at each position in the infield, and basically, the pitcher threw to the catcher, the catcher threw to second, second, they throw to first, first to third, third to home and home back to the pitcher, and it gets timed. And in that event … we lost to the team who came in first by half a second, so we did real well in that.”

The games started Saturday. PEFYA, representing Virginia, lost 15-4 to Louisiana that day and then fell 14-0 to South Carolina on Sunday.

“They started out competitive, we hung in there, but in the long run, it just wasn’t meant to be for us this time,” Simon said. “But we went out there, we did the best we could. It wasn’t from lack of preparation or anything like that.”

He said he was not making any excuses but noted that with two years of coaching experience now in a Dixie Youth Baseball World Series and having spoken to other coaches at the events, he has learned of a key disparity between PEFYA and some of its World Series opponents hailing from cities and localities in other states.

The manager highlighted a couple of bright spots on the field, including a two-run homer hit by Barrett Motter over a 200-foot, double-high fence that was topped by flags from each state that had a team representing it in the tournament.

“Something I’ll never forget and probably the rest of these kids won’t forget either — Barrett’s home run was crushed (by him), and it actually got engulfed into the Virginia state flag,” Simon said. “You can’t make something like that up.”

Additionally, Austin Morgan stood out on the mound, the manager said.

“The second day against South Carolina, Austin Morgan was pitching a gem,” Simon said, later noting he gave up only one earned run in just more than four innings. “When he came out, it was 2-0.”

Harold Landis, despite wearing a hard cast on his right arm, went 2-for-3 against Louisiana. Simon added that Boehmer also hit the ball well during the tourney.

On defense, M.J. Holman was outstanding in center field, and Josh Simon played well at third base, Manager Simon said.

“We had a good time, and we tried our best,” the manager said. “I don’t think anybody walked away from there ashamed or feeling down on themselves.”

He noted that there were many good team bonding moments during the trip.

“Every evening, a couple of the parents brought down some cornhole boards, so we would set them up in the parking lot of our hotel off to the backside of the property where there was no traffic,” Simon said. “And we were out there — brothers, sisters, aunts and uncles, grandparents, moms, dads, everybody’s out there playing cornhole, having a good time, laughing and joking. So, like I said, it was not just about going down there and getting beat (in) two games of baseball. We had a lot more going on, and I think it’s something the kids will remember for the rest of their lives.”