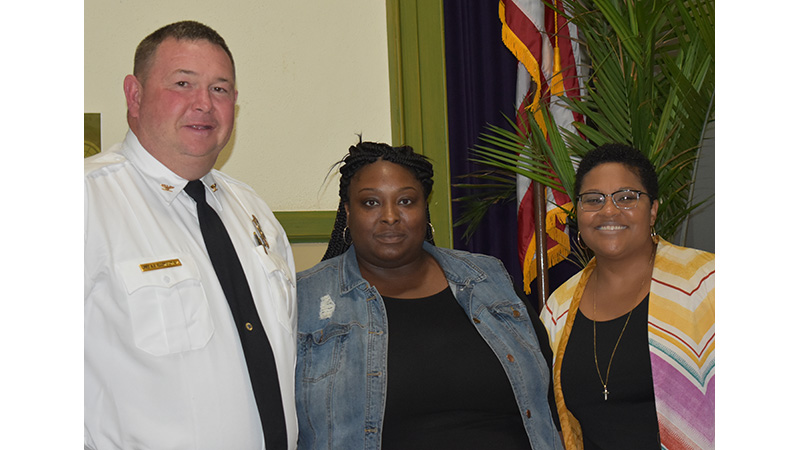 Members of law enforcement, residents, parents and students took part in a community forum held recently to discuss items related to law and individual rights. The forum was held at the Robert Russa Moton Museum.

The forum was organized by 723 Outreach Founder JaKeishia Randolph.

After the forum, Randolph said she was glad to see the turnout and was interested in organizing similar events in the future.

The conversation focused on rights under the law, the role of county prosecutors and area police, and on the series “When They See Us.”

“When They See Us,” directed by Ava DuVernay, documents the “Central Park Five” case, in which five teenage boys, Kevin Richardson, Antron McCray, Raymond Santana, Korey Wise and Yusef Salaam were wrongfully convicted of raping a jogging woman in 1989. The series can be viewed on Netflix.

Audience members asked questions about rights when held in custody, interacting with police, whether cell phones could be used to record activity during police stops, concerns of over-policing in certain areas of the county and town and traffic stops.

Ellington said those with comments or concerns can submit them either on the Farmville Police Department website or at www.farmvilleva.com or email Ellington directly at aellington@farmvilleva.com.

Ellington said police officers wear body cameras during encounters with subjects as a result to a call for service, or self-initiated encounters such as traffic stops or interviews.

Clark said individuals interrogated by local law enforcement are typically audio and/or video recorded. She said there is no state law requiring this to take place. The records help protect the rights of all parties involved.

Clark prefaced the conversation by citing that she could not give legal advice, and that nothing stated could be designated as legal advice.

Clark spoke about Miranda Rights and their importance between interactions with law enforcement.

When people are subjected to custodial interrogation by law enforcement officials, Clark said, they first must be informed of their right to remain silent, that anything that is said may be used against them in any criminal proceedings, and that they have a right to an attorney present for questioning and if they cannot afford one, one may be provided.

Representatives spoke about racial bias. Dr. Pam Tracy with Longwood University said everyone carries certain biases, sometimes unconsciously. The key, she said, is to recognize potential biases and make sure that they do not affect one’s behavior toward others. Tracy spoke about classes studying the media and the differences between reporting on others based on race or gender.

Clark and Ellington acknowledged that flaws in the legal system, particularly those highlighted in “When They See Us,” can occur. They said the county and town’s goal is to pursue justice and to be accountable to the law, to let people know of their individual rights.