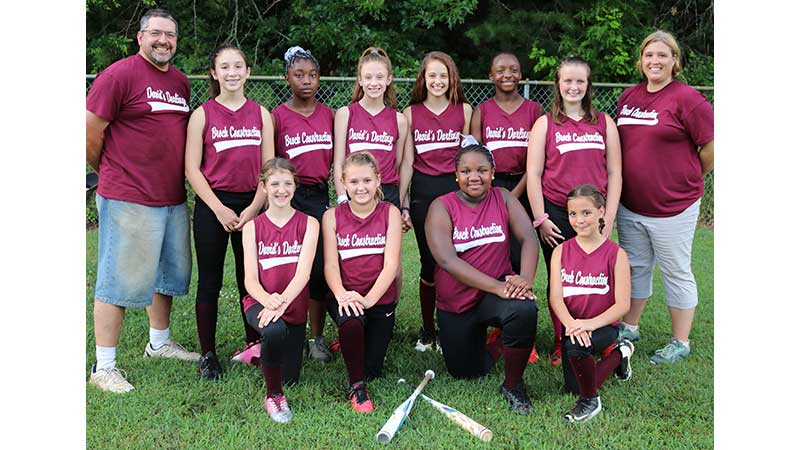 PEFYA Ponytails Manager Hannah Ledger said she thought her team played well but added that she and her staff knew going into the tournament that this year’s squad lacked experience outside of Dixie Softball.

“We only had, I think, two girls on the team that played travel ball, whereas a lot of these other teams they’re playing against have over half their teams that play travel ball,” she said.

“Every girl on the team, it was their first year at this age group, so everybody was in Angels the year before …,” Ledger said. “We only had a couple 12-year-olds, but even they were ones that were young enough to play Angels last year and just moved up.”

The PEFYA All-Stars had three weeks to prepare for the district tournament, but they were frequently interrupted by weather.

“I think it rained more in those three weeks than it has for the rest of the summer,” the manager said with a laugh. “We had not as many practices as we would have liked.”

Despite all of the obstacles, however, Ledger was pleased with what she saw from her players on the diamond.

“The girls, they kept their heads in it, they played hard,” she said. “They did all we could have asked them to do.”

Opening their play in the District 1 tourney June 21, the PEFYA Ponytails faced the Brunswick all-star team and fell 22-2.

“Brunswick was the top team there,” Ledger said. “They won the tournament pretty handily against everyone, so we had a pretty tough first game.”

With a loss to the South Hill all-star team the next day, the PEFYA All-Stars were eliminated.

At the end of the tournament, however, they were named as winners of the sportsmanship honor.

“I was really excited about it, because that’s the one thing we really harped on was just to stay positive and keep playing and just kind of be the best you can be, and I feel like they were,” Ledger said. “They were respectful to umpires, they were respectful to the other team, never got down on themselves, even at the end of games when they were losing, so I was really excited for them to be able to get that award and feel like they did accomplish something.”

Belles start 2-1 at states in Rustburg