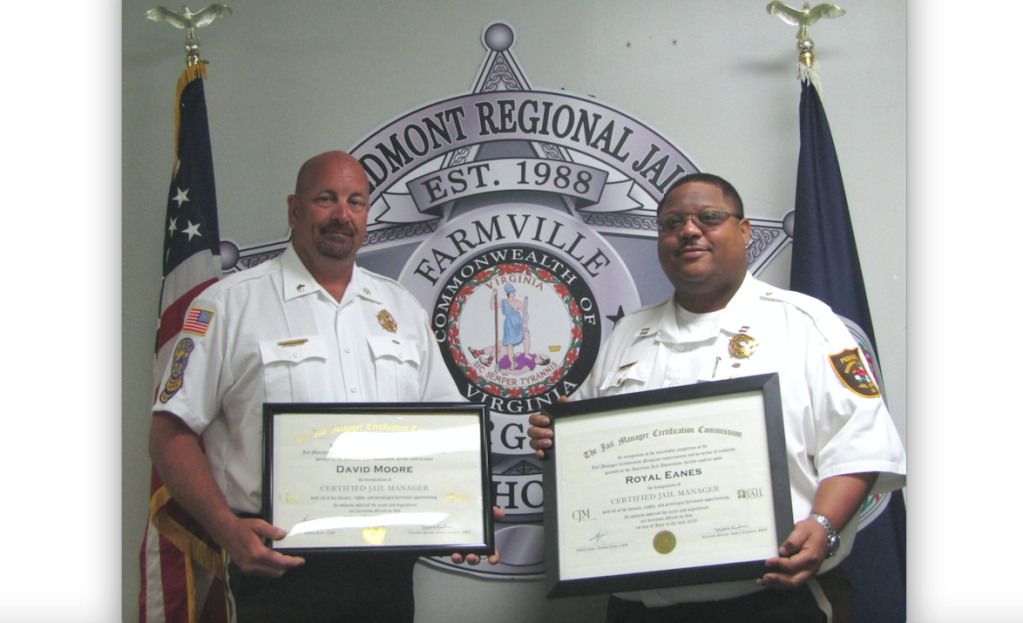 According to a press release, “This hallmark certification is granted upon the successful completion of a rigid experiential background application and an intensive four-hour examination jointly prepared by the American Jail Association and the Jail Manager Certification Commission. Certification in jail management is a demonstration of competency and professionalism in the field. It documents the mastery of a strong level of knowledge in the specialty and demonstrates continuing education and growth.”