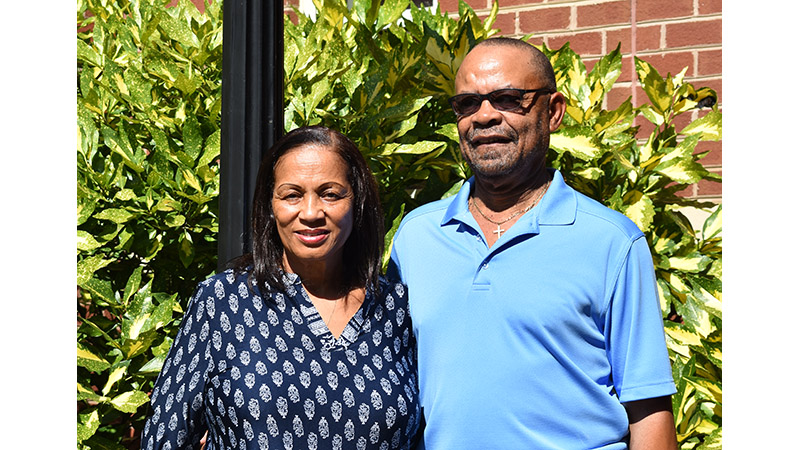 “We chose Ms. Cooper-Jones and Mr. Reid because they are both so intricately connected to the community,” stated Lauren Showalter, President of the organization.

Pattie Cooper-Jones represents the 801 Farmville District on the Prince Edward County Board of Supervisors. Last year she served as chairperson of the board, is a member of numerous civic and community organizations, and is property manager at Parkview Gardens in Farmville.

A.D. “Chuckie” Reid has served as vice mayor of the Town of Farmville since 2008 and has served on Farmville’s Town Council since 1986. Reid is retired from the U.S. Postal Service, where he worked for many years.

“It is my pleasure to serve as part of this year’s Christmas Duo, as this organization has done so much to help provide for those in need during Christmas and I hope that we can get even more people involved this year, donating and volunteering,” commented Pattie Cooper-Jones.

Chuckie Reid stated, “I am excited to be a part of this organization and really look forward to some friendly competition with the County and Ms. Cooper-Jones, as I know that we are going to be doing some fundraising competitions to raise money for the toys that we will buy at the end of the year.”

The organization works directly with Prince Edward County Social Services, the public schools, and local churches and other nonprofit organizations to identify those in need to ensure they have access to the program that the organization provides. Last year, PECM provided toys and other items for 317 children in the county. The organization is run by a volunteer board, which includes President Lauren Showalter, Vice President Kate Pickett Eggleston, Treasurer Megan Clark, Secretary Jenn Kinne, At-Large Member Tacola Scott, and At-Large Member Cameron Patterson. If you are interested in becoming a volunteer, please email the organization at pechristmasmother@gmail.com.