The county is working to develop an internal access road at the business park off Commerce Road that will be key to drawing businesses to that space in Prince Edward. 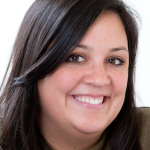 This was the first topic presented by County Economic Development Director Kate Pickett Eggleston to the Prince Edward County Board of Supervisors during the board’s regular meeting July 9.

“We currently have 60- plus acres of land that are landlocked in the back of the business park, and it’s important to build a road in order to be able to have access to that land and so that we can market that land to prospective businesses,” she told supervisors. “Some of that land is already pad-ready, and we’re hoping to have the proposed road be about 1,500 feet.”

She then provided details on the plan for funding the road, noting that the estimated cost is presently at $1.4 million.

“We currently have three grants from the Tobacco Revitalization Commission for a total of $571,960,” she said. “All three grants expired this year, and we applied for and received grant extensions on all three grants, and now they will expire next year, in 2020.”

The tobacco commission funds require a match, she said.

“Our plan is to use (Virginia Department of Transportation) VDOT funds for that match,” she continued. “We’re currently applying for VDOT economic development access funds, and I’m working with Scott Frederick now to work on that application. Those funds will allow us to apply for $650,000 from VDOT. $500,000 of that will be unmatched, and $150,000 supplemental funding will be a one-to-one match, so the county will pay $150,000, and we’ll be getting $650,000 total from VDOT. The county will have to acquire a letter of credit in the amount of $650,000 in order to get those funds.”

She later elaborated on the need for a letter of credit.

“For the VDOT funds, the reason that we have to get that letter of credit is that we have to have a qualifying investment of $3.25 million within five years,” she said. “If we do not get it within those five years, we can extend the letter of credit for an additional four years and have four more years to try to get that investment. And that investment does not have to be made by one single company or business. It can be an aggregate amount of many businesses who moved to that area and utilize that road in the business park.”

Citing the estimated $1.4 million overall cost of the road, Eggleston said, “Once we go out to bid, we may find that it might be lower than that, it might be a little higher than that, and that cost includes such things as erosion and sediment control, stormwater management, a water line and clearing, grating and paving of the road.”

“The next steps in this project are to take architecture and engineering and construction to bid after signing an agreement with VDOT and hopefully passing a board resolution to do so next month at the August meeting,” she said.