Tomorrow is D-Day. This day commemorates the events of June 6, 1944, when allied troops stormed the beaches at Normandy. If you have had a chance to visit the D-Day Memorial at Bedford, then you know exactly what this day is all about and it is critical that we remember that freedom comes sometimes at a terrible cost. 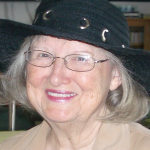 Most people reading this are too young to know how Victory Gardens helped America and its allies win World War II. In Europe that spring, gardens had been planted and were being destroyed as armies clashed over them. Meanwhile, here in Virginia (and across the country) that June 1944, vegetable gardens had sprung up in towns and cities where no garden had been before — on school grounds, in church yards and even on fire escapes and balconies. Helped along by strong support from the Department of Agriculture, Americans who could not otherwise fight in the war were planting Victory Gardens to free up food for the troops. It might be said that America’s vegetables helped win the war.

The Department of Agriculture and agribusiness, too, came around. They supported the effort with gardening information and recommendations in public services booklets, newspaper and magazine articles and posters in public places. Just as they had in World War I, women’s clubs, civic associations and chambers of commerce actively encouraged participation in the Victory Gardens effort.

It was emphasized to American homefront urbanites and suburbanites that the produce from their gardens would help to lower the price of vegetables needed by the U.S. war effort to feed the troops, thus saving money that could be spent elsewhere on the military: “Our food is fighting,” one U.S. poster read.

The amount of food harvested from these home and community plots was truly astonishing. By 1944, an estimated 20 million victory gardens (that was one garden for every seven residents) produced roughly 8 million tons of food—which was the equivalent of more than 40 percent of all the fresh fruits and vegetables consumed in the United States.

And what were these mighty vegetables that helped win the war? The vegetables were recommended because they were considered easy to grow and would provide fresh food during the growing season and enough to preserve to get families through the winter. Some of the recommended vegetables, such as kohlrabi and chard, were new to most Americans:

Today, we are planting vegetable gardens just because we like the taste of fresh produce, and the health benefits or to help out with the food budget. Maybe you are planting an extra row of vegetables to donate to a food bank, or are helping youngsters learn about growing food through planting a school garden.

JACKIE FAIRBARNS’ earliest memories of gardening are of helping her mother in her North Carolina Victory Garden. Before moving to Buckingham County in 2010, Fairbarns gardened in Fairfax, where she first achieved Master Gardener certification in the early ‘80s. She completed the VCE Master Gardener training again in 2017 and is the radio voice of the Heart of Virginia Master Gardeners’ Association. She can be contacted by email at jfairbarns@aol.com.