No. 3 Dukes fall in Region 1B semifinals 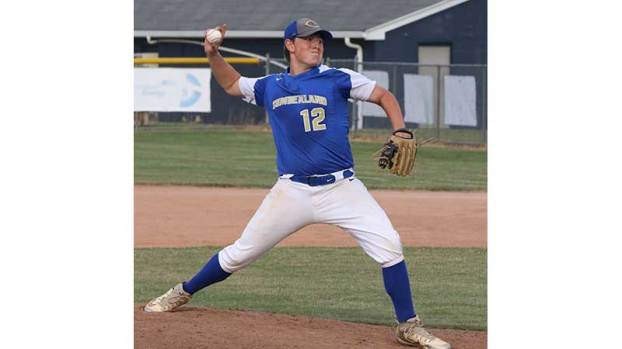 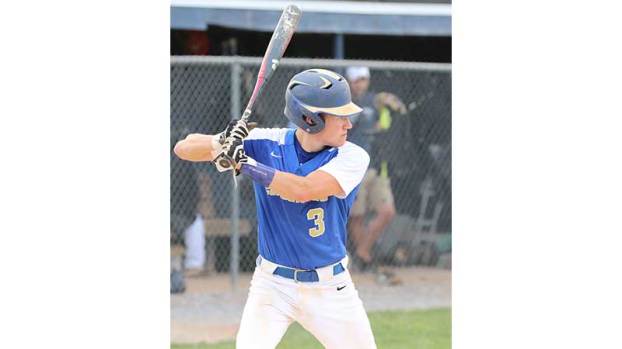 Cumberland County High School senior Cole Fillman has been a key player for the Dukes during his time on the varsity team. “He’s one of the best catchers Cumberland’s had in 15, 20 years, probably,” Dukes Head Coach Carter White said. (Photo by Titus Mohler)

A historic season for Cumberland County High School’s varsity baseball team came to its conclusion Thursday in the Region 1B tournament semifinals.

The No. 3 Dukes held host No. 2 William Campbell High School to one run through four innings, but the Generals were able to load the bases and take a 5-0 lead in the fifth. A seventh-inning rally put Cumberland on the scoreboard, but William Campbell ultimately prevailed 5-2.

“We started very, very strong,” Dukes Head Coach Carter White said, then noting the fifth inning “where we gave up the four extra runs. That’s the type of inning that’s kind of bit us all season. You make one defensive mistake, and it kind of snowballs.”

He said Cumberland started the bottom of the fifth inning off with a defensive error.

“We made the error at third to first,” he said. “And then they had like three or four balls hit too soft and too far away for us to make a play on them and got away from us just a little bit.”

The problem of “getting the bats going” is something he described as being a season-long problem for the Dukes.

“It’s happened multiple games where we won’t get a few hits for the first five innings, and then all of a sudden, we score three or four runs in the last two, and once again, just a little too little, too late for us,” White said.

But the coach noted he was happy with the way his players fought to stay in the game late.

“I’ve seen Cumberland in the past,” he said. “I’ve seen the boys — we get down, their heads droop, and they’re just mentally out of it. But I’m proud of the way we fought there in the seventh inning to at least put a little scare into them.”

White credited William Campbell for being a good team. Citing an interview earlier in the week when he previewed the semifinal game, he noted having said the Generals are “sound defensively, they’ve got a couple good arms, and they make you make the plays, and that’s what they did. It wasn’t our night. I’m a little disappointed, but I’m not upset at the performance. Overall, it was pretty good.”

“Tristan, he really battled out there tonight,” White said. “… Those first four innings, man, he was bringing it. That was Tristan on the top of his game. He was throwing the curve; that’s the best curve he’s had all season, really.”

He came close to helping in a big way on offense too, connecting with the ball on what White said he thought was going to be a home run.

“That was probably two feet away from the base of the fence,” the coach said. “But that’s what he’s done all season. He just comes up there, and he hits balls hard every time. He hit two really hard tonight. One was a double, and one he smoked right at the shortstop, unfortunately, but Tristan played very, very well.”

Junior Jason Cooke closed out the game with a strong 1.1 innings on the mound.

“He’s one of the best catchers Cumberland’s had in 15, 20 years, probably,” the coach said. “He calls very good games for our pitching staff. He knows their strengths. He blocks the ball really, really well, and he just hustles, man. That kid is all heart out there, and it’s fun to watch. He didn’t hit the ball as hard as he has been or as hard as he wants, really, tonight, but he made contact every time. He’s just a great ballplayer. I’m going to miss him a lot.”

Despite the loss Thursday, the Dukes finished at 11-10 overall, recording their first winning season in more than 20 years. Additionally, they won their first-ever regional playoff game May 28 when they topped visiting No. 6 Rappahannock County High School 5-0.

The year meant a great deal to Cumberland’s players, particularly its seniors.

“I will honestly remember this year as the best baseball year of my life,” said Fillman, who has played the sport since he was 5. “I will never forget these guys. I don’t have the words to describe how much this meant to me, this whole year, honestly. I’m seriously tearing up thinking about it, but it’s over. It was fun while it lasted.”

He said he thought all of the team’s five seniors were happy that the year ended with a final week marked by historic achievements.

“I think that we’re just really proud of all the underclassmen, because they came out here in the beginning of the season, and they said they were doing this for us,” Fillman said. “So it made me really happy.”

This was Fillman’s third year on the varsity team, having started his run with the Dukes as a sophomore.

“I’m going to miss them,” the coach said. “Cole, great kid. Tristan is one of the leaders of this team. He knows what I expected of the team, and he helped me carry it out. This being my first year and inheriting a team that struggled the last three or four seasons, I had to instill what I wanted the program to sort of look like, and Tristan and Cole were right there with me, especially during practices when we started to get a little sloppy or a little distracted.”

White said Gilman is “a great kid; funny. He gives it his all, all the time.”

The coach noted Johnson “played very good in right field for us this season. His batting average probably wasn’t what he wanted it to be, but defensively, he made all the plays that a right fielder needs to make for your ballclub.”

Jensen did not play much for the Dukes, White said, “but I gave him the Teammate of the Year award. I’m calling it the Duke of the Year for our team, because he always came to practice. If the boys were down, he picked them up. If the boys were goofing off, he straightened them out. I’m going to miss Garrett in the dugout. He’s always there with some advice. At the beginning of the season, when I was just starting to learn the body language of especially my pitchers … I leaned on Garrett very early to learn the team, and I’m going to miss having all of them around.”

Echoing Fillman’s thoughts, White said he was happy the seniors were able to go out on a historic note.

But the coach also demonstrated a mindset that will push future teams to accomplish even more.

“We fell a little bit short of what we wanted,” he said. “I’ve been saying since probably the fourth game, I said, ‘Boys, we have a chance to make states. We have a good team.’ So at the beginning of the season, I just said, ‘I want to win eight games, I want to host a regional playoff game, and I want to compete within the JRD.’

“And we came in fifth in the James River (District), which is fantastic for Cumberland’s standards, we hosted the playoff game, we won 11 games, so we exceeded what my initial expectations were, but I’m disappointed we didn’t get to the states, which is what I really wanted for this group of seniors. But I just hope they understand what this season means for our community as a whole.”

It has helped energize baseball fans in the county.

And White spoke to what the season means for the team’s future.

“Hopefully we can continue,” he said. “Cumberland’s always got the turnout problem, always, every single sport, except basketball. … I really hope that the students at the school have heard about what we’ve been doing, have seen some of the games, have seen the boys walking around in their Cumberland baseball gear and then just hearing that we’re finally winning baseball games. And hopefully some of these boys who used to play baseball, maybe back in rec league or middle school, (will be) like, ‘Oh, maybe I’ll just go play baseball this spring.’”