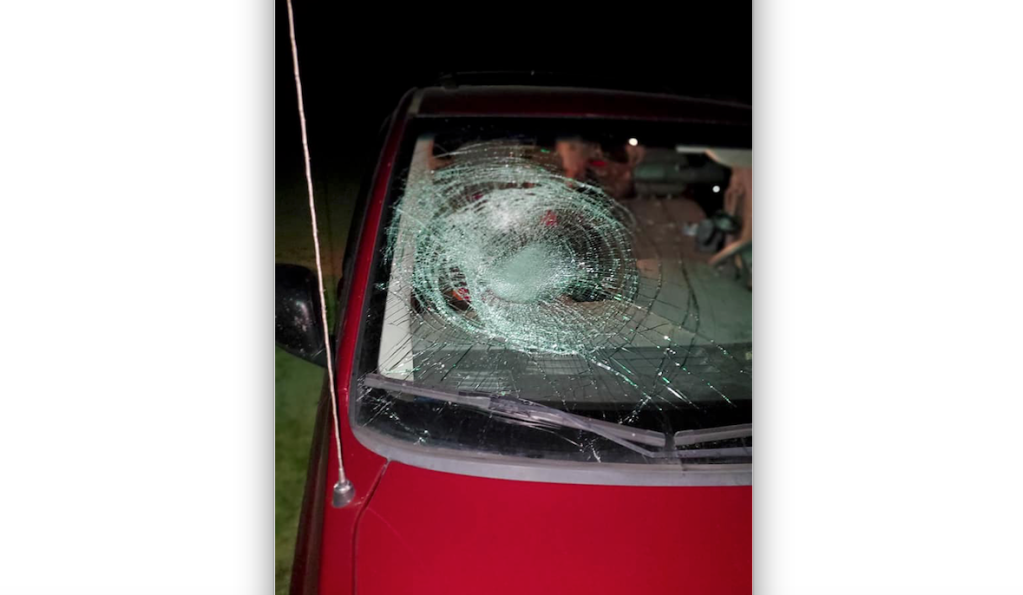 Pictured is Amanda Wells’ vehicle after the windshield was struck by an unidentified object on Route 307 recently.

The Prince Edward County Sheriff’s Office and Third Street Wrecker have reported multiple vehicles over the last several days sustaining windshield damage after unidentified objects have struck their windshields when driving through Route 307.

Reed said there are two deputies investigating the incidents.

Motorist Amanda Wells reported that on May 2 around 9:45 p.m., she was passing Sayler’s Creek Road on Route 307 toward Farmville. She said she was driving back from Richmond when an object struck her windshield.

Wells said she passed a truck and heard a booming sound. Thinking at first it was a tire from the other vehicle

that blew, and then that her tire blew, she realized that her windshield had cracked. She said the majority of the impact had happened on the passenger side, so she said the windshield was clear enough for her to drive back home.

She said her three children were in the vehicle with her when it happened.

“(A) very scary experience, to say the least,” Wells said.

She wasn’t certain of the object that hit the vehicle, but said she remembered seeing liquid tracks on her vehicle’s windows.

He expressed concern about motorists’ safety, particularly while driving at high speeds.

“Somebody could get killed,” Webster said.

He said he wasn’t certain of what the object looked like, except that it appeared to be white or gray, and left a mark on the front of his vehicle.

While the cause of the windshield damage is not known as of Wednesday, Webster said he hopes that if the objects hitting the vehicles are intentionally being thrown, that a suspect be identified.

“Hopefully somebody will come forward and justice gets served,” Webster said.

Bobby Williams, with Third Street Wrecker, said he has recently towed three vehicles that have reported windshield damage on Route 307 and said he had gotten a call from a friend who requested a windshield replacement for windshield damage that occurred in roughly the same location.

Williams estimates that between the three vehicles that were towed, plus his friend’s vehicle, plus another vehicle he had seen on Facebook, five vehicles altogether may have been affected.

“The three that we towed were within half a mile from each other,” Williams said.