Raising the federal tobacco age to 21

According to the Centers for Disease Control and Prevention (CDC), youth e-cigarette users increased by 1.5 million from 2017 to 2018, with more than 1 in 4 high school students having reported using a tobacco product in the past 30 days. In other words, we are backsliding when it comes to tobacco prevention for young people. 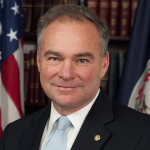 Virginia has a long history of tobacco production and consumption. I have seen the negative effects of young people using tobacco, and I believe that this is one of the most significant public health issues our nation faces today.

As Governor of Virginia, I signed a bill into law to ban smoking in bars and restaurants, as well as an executive order to ban smoking in state buildings and vehicles. It was a tougher sell in 2009, but I knew it was the right thing to do.

So as a parent and a Senator, I’m alarmed by the recent increase in young people using tobacco. That’s why I have joined Senate Majority Leader Mitch McConnell to introduce the bipartisan Tobacco-Free Youth Act to raise the nationwide minimum age to buy all tobacco products, including e-cigarettes and vapor products, from 18 to 21. Raising the tobacco age to 21 is key to improving public health and ensuring we can keep tobacco products out of schools and away from our children.

Research from the Institute of Medicine has found that the vast majority of adult smokers start smoking before age 21 and that increasing the tobacco age to 21 would save lives, improve public health, and reduce tobacco initiation among young people.

I’m proud that we’re coming together to side with young people’s health, and I hope our colleagues will join us to make sure this bipartisan bill becomes law.

TIM KAINE is a U.S. Senator from Virginia. He can be reached by visiting https://www.kaine.senate.gov/contact.