Piedmont Senior Resources Area Agency on Aging Inc. (PSR) Executive Director Justine Young addressed the Prince Edward County Board of Supervisors on Tuesday, asking for a tax exemption on the agency’s property taxes to help maintain federal funding that flows into the area. 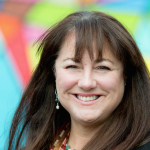 Young reiterated some of her main points in an interview Wednesday.

“We have asked Prince Edward County to give us a tax exemption on our property taxes in order to bring them more in line with providing the 10 percent match required by the federal funding that we provide, that we bring into this region,” she said.

She noted that the current federal funding is $1 million, and the localities serviced by PSR are collectively expected to match 10 percent of this amount. If they do not, it could endanger the continuation of the federal funding. PSR serves seven counties, including Prince Edward, Buckingham and Cumberland, so that means those seven counties are expected to contribute amounts to PSR that, once combined, add up to 10 percent of $1 million — $100,000.

But Young does not simply divide $100,000 by seven and expect each county to contribute around $14,286. She divides the money based on a locality’s population of senior citizens.

“Prince Edward has twice the population of seniors as other counties, so I do it based on population,” she said. “… Prince Edward County has over 2,300 seniors. The next closest county has 1,880, and then you go all the way down to Cumberland only has 1,253 seniors.”

Because Prince Edward has the largest population of seniors in PSR’s service area, it naturally is the biggest beneficiary of the agency’s services.

Young said the amount PSR originally requested of Prince Edward was $16,091. She said the county has committed $6,100 to help the agency. Additionally, the county provides a facility that PSR uses for lunch once a week for seniors — the SCOPE Center. This carries a value that she said is probably about $2,000 a year.

But if this near match is not achieved, Young expressed concerns of how this would be received by other counties that are donating at or near their full share of the 10 percent match.

“Amelia did the full 10 percent based on their population,” she said. “Buckingham did almost 10 percent. Charlotte County did almost — almost, not quite — the full 10 percent. So again, if those counties are all doing 10 percent but Prince Edward’s getting the lion’s share of services and payroll and everything else, it’s not really fair to those other counties. And again, (Prince Edward is) the biggest user of services. They’re utilizing more services than any other county right now, so I’m trying to make it fair to the other counties who are questioning me on, ‘Why are we paying this if the other guys aren’t going to and especially Prince Edward, because they’re the biggest user and have the largest population?’ And this would solve it. If they would give us that tax exemption for this year, it would solve the problem.”

At Tuesday’s regular board meeting, Young provided an example of the comparative consumption of one of PSR’s services in its service area.

“Our new transportation program — which is not state funded or federally funded or any other funded, we have raised the money, we have written grants for it — just this month through the 15th, I just want to tell you, we have a total of 40 transportation trips on the medical transportation — seven in Charlotte, four in Cumberland, two in Lunenburg, nine in Nottoway and 18 in Prince Edward,” she said. “So Prince Edward doubled the highest number of any other county, and that is typical of all of our services. Prince Edward is eating the vast majority, and the others are getting what is left, so I’m just trying to make this equitable for them so that everyone feels like for their dollars, they’re getting a fair treatment.”

Before opening the floor for questions, Young concluded her speech to the board by giving a summary of the strides PSR has made in the past five years and the firm financial ground it is on now. She noted that PSR’s entire budget totals $1.9 million.

“Keep in mind all of that flows in,” she said. “None of that, other than what the counties contribute, comes from within the counties. That is federal money, state money and private grants, all of which gets brought in here to spend and create jobs. And we have gone from 16 employees to over 50 employees. We have gone from a budget of $1.4 million to over $1.9 million, all within five years. And some of you may remember the mess five years ago when I came to work here. That mess no longer exists, and you’ve got people on our board that can attest to that, and (PSR Director of Finance) Mr. (Melvin) Hodges here, he can tell me where every dollar goes and where every dollar came from — to the penny. So I am very confident in our financial status, but that is our request that you consider giving us a tax exemption on that.

“And one last thing, I’ll just tell you administratively, we spend 13 cents on every dollar,” she added. “We’re at 13 percent rate on administrative expenses, which is a very, very good rate. So 87 cents of every dollar goes directly into services and providing for people in the community.”