Cumberland County Administrator and County Attorney Vivian Seay Giles announced that she has been hired by Sands Anderson, a law firm based in Richmond. 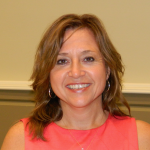 Giles said during the Cumberland County Planning Commission meeting April 22 that her role with Sands Anderson would be to work with businesses and local government as an attorney.

Giles said that she did not seek out the job. She said during the meeting that she was grateful for the opportunity to work with Cumberland County.

Dan Siegel, group leader with Sands Anderson, confirmed in a phone interview Wednesday that the law firm’s jurisdictions include Virginia and North Carolina. He said he expects Giles to work on local government issues including economic development, taxation, zoning and general legal matters.

He said Giles will also advise corporate clients on business and tax matters.

“We are very excited to have her join us this summer,” Siegel said.

Citing Giles’ experience with local government and law, including being a tax associate for Coopers & Lybrand, working with the Virginia Office of the Attorney General and having an LLM in Taxation from New York University, Siegel said the firm is excited for Giles to join.

“She is the full picture,” Siegel said. “She’s an amazing woman and a great lawyer.”

Siegel said he anticipates Giles would begin in mid-July but could come earlier. He said it would depend on Giles’ ensuring that the transition of the County Administrator in Cumberland has taken place smoothly.

Cumberland County Board of Supervisors Chairman David Meinhard and District Five Supervisor Parker Wheeler confirmed in earlier reports that Giles presented her resignation during a closed session period of the April board of supervisors meeting.

The reported resignation was brought up during the planning commission meeting by Vice Chairman Randy Bryant.

A special called meeting was held April 18 to discuss, according to the meeting agenda, “salaries and assignment and reassignment of duties in county administration; disciplinary matters of administration staff.”

An upcoming special called meeting is scheduled for Tuesday, May 7, at 7 p.m. at the Cumberland County Courthouse. According to the county website, the meeting is set to “conduct a budget discussion and adjourn into closed meeting Pursuant to Va. Code § 2.2-3711.A.1: Personnel – Subject: salaries and assignment and reassignment of duties in county administration.”