Residents will have an opportunity to voice support or concerns about Centra Health centers during a town hall meeting scheduled for Wednesday, May 29, from 5-6:30 p.m. at The Woodland Inc., 2003 Cobb St. in Farmville. 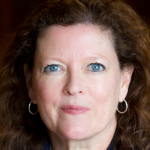 Community Engagement and Relations Coordinator Kerry Mossler said the town hall will be similar to the one held in October 2018 in which representatives gave an overview of current developments at Centra and participants asked questions and voiced concerns.

Mossler said Centra representatives from most departments and several administrators from Centra Southside Community Hospital and Centra Medical Group are set to speak.

Mossler said that participants at the previous town hall suggested that Centra have a forum to introduce community members to new physicians. She said Centra in response held a “Meet and Greet” in the hospital lobby on April 23.

During the October 2018 meeting, Centra Southside Community Hospital Tom Angelo said that the Centra Medical Group building for walk-in appointments was meant to offset the long emergency room wait times, but the facility has experienced similar challenges in wait time. That is something Angelo said the company is seeking to address.

Centra Health has seen a number of changes in the past year. The company converged all of its digital records systems into one, called Cerner Millennium, where it had originally been split into seven or more systems. Centra Southside Community Hospital was one of 293 hospitals in the country to receive five stars from the Centers for Medicare & Medicaid Services (CMS) this year, which measures the quality of hospitals on a scale from one to five stars based on seven factors that include mortality, safety of care, re-admission, patient experience, effectiveness of care, timeliness of care and efficient use of medical imaging.

A new CEO, Andrew “Andy” T. Mueller, was appointed by Centra in April.

Centra’s former CEO, E.W. Tibbs Jr., who unexpectedly resigned in September 2018, is currently in a civil suit in reference to allegations that Tibbs sexually assaulted and solicited a former Centra Health employee while in his role as CEO.

The case remains open, according to confirmation from the Lynchburg Circuit Court office on Tuesday.

Centra Health released a statement in April saying that an internal investigation concluded that there was no evidence to support the allegations that Tibbs engaged in inappropriate behavior toward any current or former employees of Centra.

The attorney for plaintiff Stephanie Hall, Paul Valois, questioned the results of the investigation, saying that he made three separate requests to Centra to permit him and Hale to meet with the investigator and that Centra denied each request.