The thrill of the find 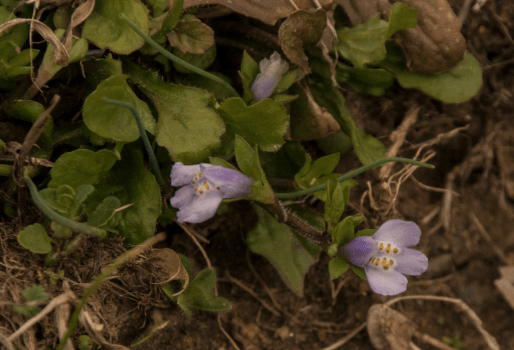 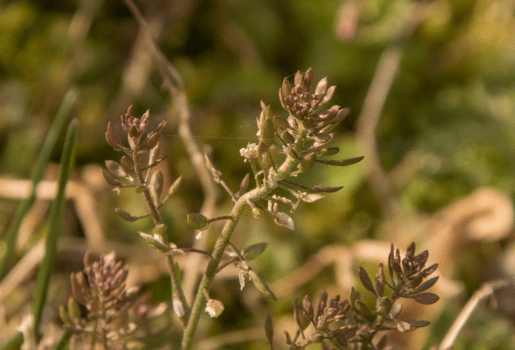 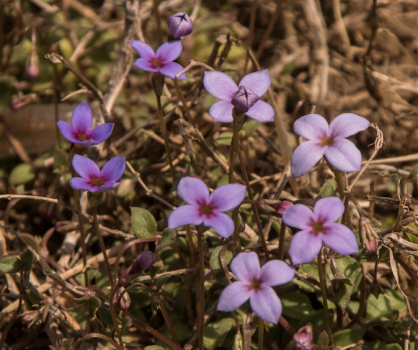 In my ongoing rambles in the woods, I visit new places every year, but I also return to the same areas over and over every season. If it’s late December, I’m probably at Holliday Lake State Park looking for skunk cabbages. If it’s November, I’m probably at First Landing State Park hoping to find the last Indian pipe of the year. It’s a tradition. There’s great pleasure in greeting the same plants season after season.

And then, sometimes, the unexpected happens. Several months ago, I was at Bear Creek Lake State Park checking on the progress of the Virginia pennywort (Obolaria virginica) and the bloodroot (Sanguinaria canadensis). It was too early for the bloodroot, but the Virginia pennywort on the hill above the field near the entrance to the park was blooming. I stopped to photograph it and then walked back across the footbridge to the field by the park entrance. It’s an open, grassy area full of field pansies, bluets, cinquefoil and violets, but I never really pay much attention to what’s growing there. It’s just “weedy” stuff.

On this day, however, I stopped to photograph some tiny bluets (Houstonia pusilla) and just happened to notice an odd-looking little flower that I’d never seen before. It was low growing and had pale lavender/ whitish flowers with a touch of yellow and darker purple. I asked one of the park rangers about the little plant, but he had never seen it before either. And so, I posted it on my Facebook wildflower community page and then the fun began. Mazus people responded. Japanese mazus, an introduced species that’s only been documented in a few places in Virginia. Mazus isn’t exactly the sort of plant you want to find. It tends to be a pest and spreads easily. Some garden centers sell it as a ground cover and then it escapes from one yard to another and eventually to state parks. It’s not a well-behaved plant.

According to the online Digital Atlas of the Virginia Flora, M. pumilis had never been documented in Cumberland County. And so, I began the process of documentation: photos, coordinates, specimen collected for preservation, and verification by a state official. Nothing was easy. When I returned to the park to get coordinates, the plant had vanished. Nothing. A subsequent trip revealed about five locations, and I recorded coordinates for each one and noted that the plants were in a long patch of H. pusilla, tiny bluets. A state official visited the site, but couldn’t find any of the Mazus, not even with the coordinates, but he noted that the tiny bluets had never been recorded in Cumberland either. A few days later, the official and I met at the park and documented both the Mazus, which was now in lots of locations, and the tiny bluets. He also found a type of cress that’s not common. Three finds: All in all, not bad for a weedy area that I had disregarded as a waste of my time.

That field has taught me so much — don’t disregard weedy areas, always check your finds against the Digital Atlas of the Virginia Flora to determine if they’ve been documented in a specific area, and be persistent. And one other thing, please don’t plant weedy non-natives that will leave your yard and infect other areas. It doesn’t matter if the plant is pretty; what matters is whether the plant is well behaved.