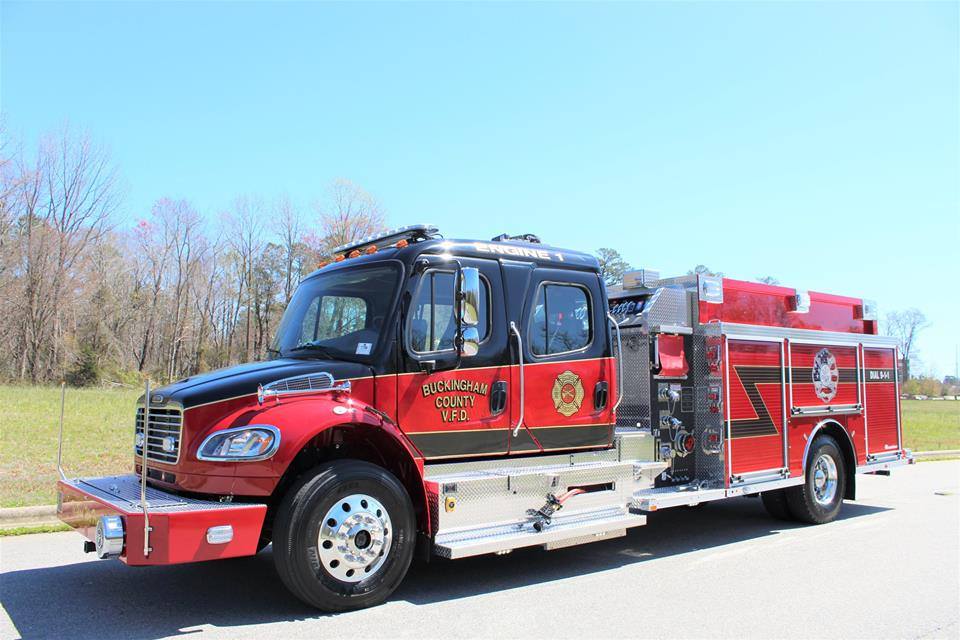 The Dillwyn Volunteer Fire Department (VFD) recently reported that the county has a new fire truck, which is being prepared for service.

Dillwyn VFD Chief Jason Wharam said the truck can store 1,000 gallons of water, and has a 1,250 gallons per minute pump.

Wharam said the truck has air packs, or self-contained breathing apparatuses installed in the seats.

Wharam said the truck was custom-made specifically for the department, taking approximately 18 months.

The new truck replaces one that is approximately 21 years old. There will be two fire trucks maintained at the Dillwyn site which includes the new truck.

Wharam said the truck would primarily be used for structure fires.

“It’s considered a pumper, which we use for structure fires, or wherever else we may need large quantities of water,” Wharam said.

Wharam said the truck is set to cost $410,000 once fully equipped. He said the funds were provided by the Buckingham County Board of Supervisors and through donations from the community. The board of supervisors provided approximately 35 percent of the total amount for the truck which was saved by the fire department over two years

Wharam thanked members of the community who have provided support.

“Without the donations it wouldn’t be possible,” Wharam said.