Investigative journalist and author to speak 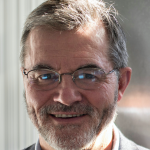 Robert Whitaker, who has won several national awards, including a George Polk Award — one of the top national awards for medical writing — is the author of “Mad in America: Bad Science, Bad Medicine and the Enduring Mistreatment of the Mentally Ill.” That title, his first book, was named by Discover magazine as one of the top science books of 2002.

He will speak at Longwood at 7 p.m., Wednesday, April 16, in the Sosa Ballroom in Upchurch University Center. The community is encouraged to attend, and a reception will follow the event.

“Robert Whitaker’s impact on our understanding of disorders and their treatment is without parallel,” said Dr. Chris Bjornsen, professor of psychology and host of this year’s lecture. “His book ‘Anatomy of An Epidemic’ pulled the curtain back on the chemical imbalance theory of mental illness, revealing the lack of valid scientific evidence for the biological cause and pharmaceutical treatment of psychological disorders in general. His publications have engendered a far-reaching and serious challenge to the ‘medical model’ of mental illness and the decadeslong campaign waged by the pharmaceutical industry to profit from the promotion of the chemical imbalance theory.”

Three of Whitaker’s five books focus on the history of psychiatry.

His second book on this topic, “Anatomy of an Epidemic: Magic Bullets, Psychiatric Drugs, and the Astonishing Rise of Mental Illness in America,” won the Investigative Reporters and Editors book award for best investigative journalism in 2010.

His latest book, which he co-wrote with Lisa Cosgrove while he was a fellow at the Edmond J. Safra Center for Ethics at Harvard University, is “Psychiatry Under the Influence: Institutional Corruption, Social Injury, and Prescriptions for Reform.”

Prior to writing books, Whitaker worked as the science and medical reporter at the Albany Times Union newspaper in New York. His journalism articles won several national awards, including a George Polk award for medical writing and a National Association of Science Writers’ award for best magazine article.

A series he co-wrote for The Boston Globe was named a finalist for the Pulitzer Prize in 1998. He also is the founder of madinamerica. com, a website that features research news and blogs from an international group of writers interested in “rethinking psychiatry.”

Parking is available in the Wheeler lot on Griffin Boulevard.