Helen Vernon Garnett, 94, passed away on April 8, 2019 at The Woodland in Farmville, VA. She was born on November 15, 1924 to Wister M. Vernon and Mary Stewart Vernon in Blackstone, VA. 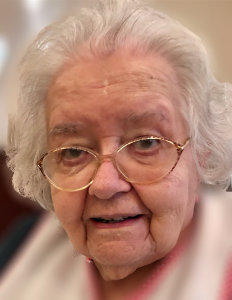 She was preceded in death by her husband of 65 years Edward Clark Garnett, Jr. and her brothers; Raymond of Largo FL, Wister Vernon of Richmond, VA.

A graveside service will be held on Sunday, April 14, at 2 p.m. in Westview Cemetery, Farmville. In leiu of flowers, donations can be made in her honor to Farmville Presbyterian Church.