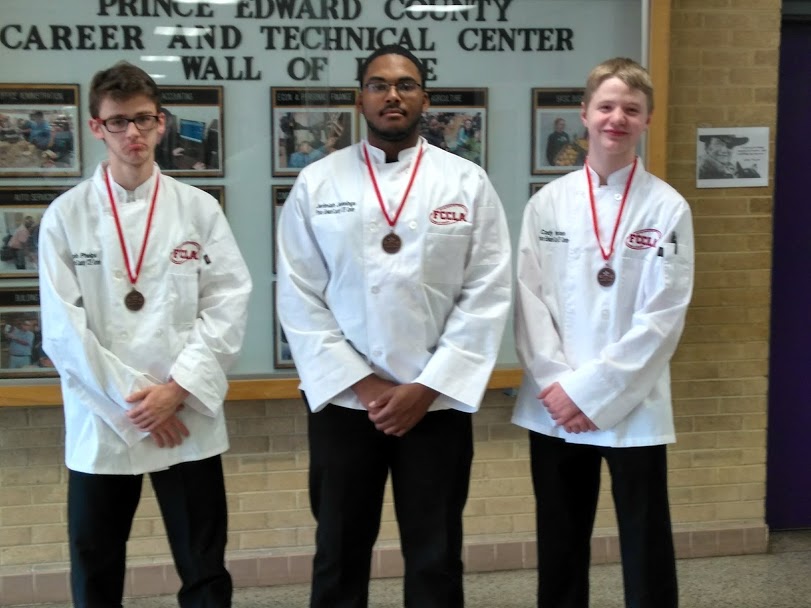 Prince Edward County High School (PECHS) students recently traveled to Virginia Beach for the Family, Career and Community Leaders of America (FCCLA) Live Culinary Arts Competition. After competing in the Occupational Division, they earned fifth place. Pictured are, from left, Jermiah Jennings, Joseph Phelps and Cody Wooten, students in attendance from the PECHS chapter of FCCLA. According to the FCCLA website, the mission of the group is “to focus on the multiple roles of family member, wage earner and community leader.” Students adopted aspects of each of these three roles as they competed in the live competition. The pressure of cooking in a timed, competitive setting was surely intense, but the PECHS team prevailed and represented Prince Edward well. These students are living the Prince Edward County Schools (PECS)motto of “United in Excellence” and pursuing their passions beyond the county lines. We salute these students and PECS. (Send “Way to Go!” photos with a description and names to WayToGo@FarmvilleHerald.com.)

Your Turn — I’ll let you in on a secret