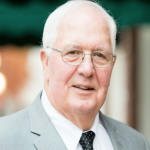 Spates said that the Virginia Department of Transportation (VDOT) agreed to support 30 percent of the project’s design phase, enough to determine the amount of land that would be needed to create a roundabout at the intersection of High, Oak and Griffin streets.

“The biggest question that comes up is how much land is it going to take to do the roundabout,” Spates said in a Monday phone interview.

Spates said the work with VDOT would allow the town to determine whether a roundabout could go into surrounding properties.

Spates said Longwood University has agreed to provide some of their land to the town to install the intersection.

“These are all questions that need to be addressed,” Spates said.

He said this portion of the project is not measured by a dollar amount, such as 30 percent of a $5-million project. Rather, it’s to develop the plan enough to answer some of the council’s biggest questions about the project. The plans themselves consist of a small amount of the overall project cost.

“It’s nothing to do with a dollar amount,” Spates said.

Spates made clear that this research does not in any way mean that the Farmville Town Council is endorsing a roundabout over other options. In October and November of 2018, Town Council members considered a modification of the intersection of Oak, Griffin and High streets that would include shifting the pedestrian walkways and shortening the length pedestrians would have to go to cross the road.

This would be a temporary measure, costing approximately $17,000 until another solution could be established, Spates said in a past Herald report.

Spates said the council would have to also consider the differences in price between a roundabout and realignment of the intersection.

An evaluation by engineer McCormick Taylor in May 2017 estimated that the roundabout could cost around $3.8 million. A realignment at that time was estimated to cost $2.7 million.

Out of the three alternatives, the roundabout ranked highest in public comments in favor, level of service/operation, construction cost, life cycle cost and vehicular safety, according to the report by McCormick Taylor.

Intersection realignment ranked highest for pedestrian safety, according to the report.

There are a number of factors that council would have to consider before choosing a specific option, Spates said.

“That’s a decision that council has to make,” Spates said about the intersection.

Spates said a separate project at the intersection of South Main Street and Milnwood Road, is slowly but surely gaining ground. The project is estimated to be out for bid by the end of March or sometime in April.

The project would add a protected left-turn lane into Tractor Supply Co. to northbound traffic and the same for Milnwood Road traffic headed south.

Spates said the estimated cost of the project has decreased from its initial proposal, which was at approximately $3.7 million. Spates said the exact construction amount is not expected to be known until the bids are returned.