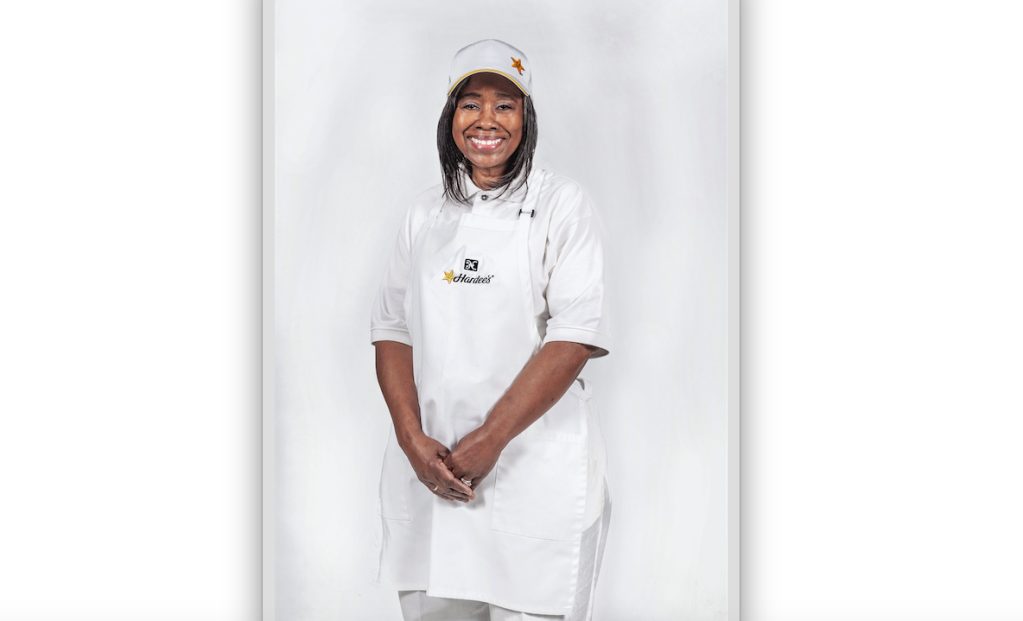 If the breakfast biscuits baked at the Hardee’s® restaurant at 1521 S. Main St. in Farmville taste delicious, that’s because they are made by a Biscuit Maker Champion.

Biscuit Maker Sally Miller, who works at the Farmville location, was named one of four best biscuit makers by Boddie-Noell Enterprises, the largest Hardee’s franchise operator in the nation. Miller advanced beyond more than 700 other biscuit makers at 347 Hardee’s restaurants across four states to win the regional award.

Miller and three other regional winners will be featured later this year on the in-store tray liners at all Hardee’s restaurants operated by Boddie-Noell.

The competition started in October, and each biscuit maker was evaluated based on the quality of his or her biscuits, knowledge of proper biscuit equipment, cleanliness and care of the biscuit equipment, knowledge and execution of company procedures, grooming and appearance. The competition’s judges included general managers, district managers, regional directors, vice presidents and other executives in the restaurant division of Boddie-Noell at the five levels of competition.

“Sally’s only been with the company eight months and she’s already standing up here,” said John Smith, regional vice president for Boddie-Noell Enterprises. “Sally excels at making biscuits, but she’s ready to jump in and do anything we ask of her.”

In her spare time, Miller enjoys singing in the choir, cooking and spending time with family. Her favorite Hardee’s menu item is a chicken biscuit.