No members of the public spoke during the hearing. 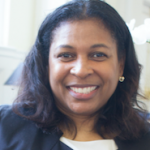 Johnson said the priorities for the budget include a raise for the division’s staff mandated by the state.

“The state is expecting divisions to give anywhere between a 2-5 percent raise to SOQ-funded, Standards of Quality-funded positions,” Johnson said.

Johnson said SOQ is a formula used to determine and calculate the staff necessary to effectively educate students.

Johnson said most divisions, including Prince Edward, exceed the SOQ because they serve children.

“As we continue to buy new technologies for our students, we are running out of server capacity,” Johnson said.

The school division is expected to present the 2019-2020 to the Prince Edward County Board of Supervisors at a later date.