Board calls for interchange

The Prince Edward County Board of Supervisors approved a resolution of support at its February meeting, calling for the Virginia Department of Transportation (VDOT) to recognize the importance of completing the Third Street Interchange and to provide the funding needed to complete it. 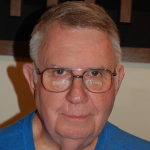 Farmville 701 District Supervisor and Board Chairman Jim Wilck spearheaded the resolution regarding this interchange, also known as the U.S. Route 460 East Interchange.

“I’m going to say that we’re appealing a VDOT ruling to the Commonwealth Transportation Board,” he said. “I’m asking for a resolution from the board approving that appeal.”

“I’d like to thank you, Jim, for taking this bull by the horns and trying to get this issue straightened out,” he said. “We’ve invested a lot of time …”

Wilck replied, “I appreciate it. It’s just been going on an awful long time, and we’ve had an awful lot of help with the couple of ladies in the audience tonight from the chamber of commerce and the downtown Farmville committee, and we found that both the truck traffic being forced into the residential areas in downtown is a problem, (and) economic development is a problem.”

The resolution identifies the lack of a Third Street Interchange as creating limited access that has negatively impacted the development of a major commercial corridor in Farmville and that forces heavy trucks to travel along less-than-ideal paths through the town.

“Earl Carter, of Taylor-Forbes (Equipment Co.), mentioned to me that he has a minimum of five semis come in there every day, and he said the business has been there for 75 years, and he still gets calls from truckers as to how to get there, which is amazing to me,” Wilck said.

Earlier in the meeting, Wilck also brought up significant public safety ramifications connected to completion of the interchange in the course of requesting information from representatives of the Prince Edward Volunteer Rescue Squad (PEVRS).

“We’re working on a ramp from 460 and Third Street, which doesn’t exist as you know now, and the engineer that we’re working with just found out that we’ve been working on it from a traffic standpoint and also economic development,” he told the PEVRS representatives. “The engineer I’m working with said he talked to someone down in North Carolina that is going through a similar appeal process, and he said the most important thing is public safety. So I’m interested in getting some numbers. Maybe you’ve got a log book, or something like that, that can tell me how much time might be saved if there was a ramp getting onto 460.”

The rescue squad representatives provided Wilck with contact information for PEVRS Operations Officer Brian Butler, who they said could help in this regard.

The resolution of the board for “improvements to the U.S. 460 East Interchange” was included in the board meeting packet and included a brief history of the issue and an emphasis on its significance to the town and county. The resolution reads as follows:

“WHEREAS, in June 2005, the County of Prince Edward jointly participated in a feasibility study with the Town of Farmville to develop recommendations for the completion of the Farmville U.S. 460 East Interchange; and

“WHEREAS, the feasibility study was in part funded by VDOT’s Rural Transportation Planning Grant Program through the Piedmont Planning District Commission; and

“WHEREAS, the study concluded ‘…the economic development opportunities for the eastern route 460 Business corridor were severely limited due to the lack of access to westbound 460’; and

“WHEREAS, U.S. 460 is identified in VTRANS 2040 Multimodal Transportation Plan as a corridor of statewide significance that traverses the commonwealth from Beckley, West Virginia, to Hampton Roads, Virginia, and

“WHEREAS, this limited access has negatively impacted the development of a major commercial corridor in the Town of Farmville; and

“WHEREAS, the limited access forces heavy trucks to travel through residential communities or through the middle of the Town of Farmville on a two-lane road; and

“WHEREAS, this route forces these trucks to cross pedestrian crosswalks used by students of Longwood University to traverse from their dorm rooms to their classrooms, the library and cafeteria, thereby jeopardizing their safety; and

“NOW, THEREFORE, BE IT RESOLVED, that the Board of Supervisors of the County of Prince Edward hereby supports the completion of the interchange and urges the Virginia Department of Transportation to recognize the need and provide the necessary funding to complete this interchange.”