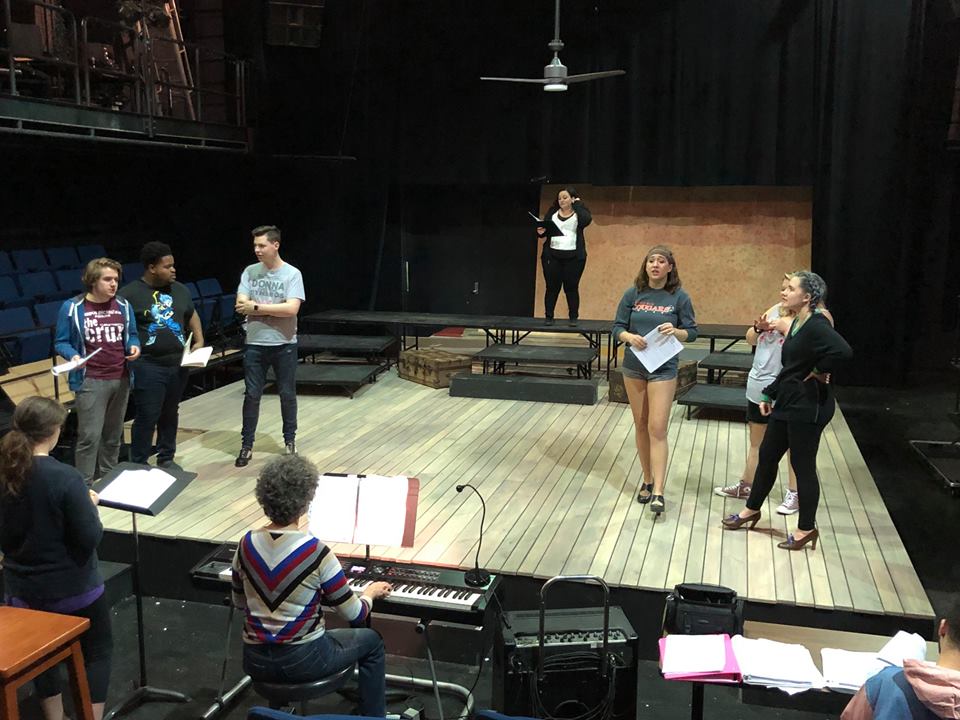 It’s that time of year. The flowers are beginning to bloom; the trees are budding out; and on the wind one can hear the sounds of birdsong and Mack the Knife. Wait, what? Yes, it’s time for Longwood Theatre to present its annual musical production, but this time they have something a little different in store for the community; a musical revue of sorts.

Like many composers, we remember their songs, but know little about their lives. Not this time, however. “Berlin to Broadway with Kurt Weill: A Musical Voyage,” gives us a musical glimpse into the life and genius of the great Kurt Weill. Weill had two periods, each stylistically distinct: the first in Germany in the 1920s, and the second in the United States after his emigration in 1935 (until his death in 1950). Any cast of Berlin to Broadway … has to transition seamlessly from Act One (Berlin) to Act Two (America).

A German Jew, Weill married the famous Austrian singer Lotte Lenya. As their life in Germany became more precarious, they fled first to Paris, then the United States, where they were a success in New York and Hollywood. Weill’s biographical journey (as told by a narrator) offers songs that have become standards in our Modern American Songbook, such as Mack the Knife, Lost in the Stars, Surabaya Johnny, September Song and My Ship, among others.

Weill worked with some of the best lyricists of the last century. They include playwrights Bertolt Brecht, best known for “Mother Courage and Her Children,” and S.J. Perelman who wrote “Monkey Business” and “Horse Feathers” which starred the Marx Brothers. Pulitzer Prize winning writers Maxwell Anderson, whose screenplays for “Gypsy” and Key Largo” are considered masterpieces, plus Paul Green who wrote the play “The Lost Colony;”; still performed in North Carolina to this day. Weill worked with musical lyric geniuses like Alan Jay Lerner who wrote the lyrics to “My Fair Lady” and “Camelot,” and Ira Gershwin best known for “Lady Be Good” and “Porgy and Bess.” Even poets wanted to work with Weill; none other than the great Langston Hughes and Ogden Nash wrote lyrics for Weill musicals.

The all student cast sings and at times dances excerpts from The Threepenny Opera, Happy End, Lady In The Dark, Street Scene, The Rise and Fall of the City of Mahagonn, and others. All in all, there are more than 30 songs that are showcased in “Berlin to Broadway.” Not only does the show demonstrate Weill’s extraordinary melodic gifts, but also his ability to transform his style to fit different environments. His music reflects both the influences around him and the moods of the times in which he lived and composed.

“Berlin to Broadway with Kurt Weill: A Musical Voyage” originally opened at the Theatre de Lys in Greenwich Village on Oct. 1, 1972 and played for 152 performances. It also just had a 2017 off-Broadway run in New York City.

The Longwood Theatre, in association with Longwood Music production is directed by Bruce Speas with musical direction by Christopher Swanson, and accompanist Terri Kidd. Performances will be April 10-13 at 7 p.m., with matinees April 13-14 at 2 p.m. Performances will be held in the Mainstage Theatre in CSTAC, located at the corner of Franklin Street and Pine Street on the campus of Longwood University. Tickets may be purchased online at longwoodtickets.com for will call to pick up before the show, or as a printable e-ticket. You can purchase tickets at the Longwood Box Office located outside the Mainstage Theatre in CSTAC, Tuesdays through Fridays from 2-6 p.m. and one hour before showtime.