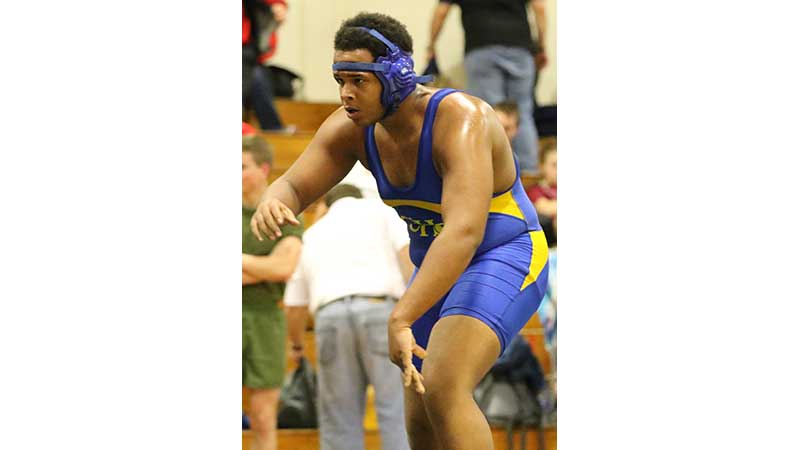 Cumberland County High School senior heavyweight Kaijhaun Trent led an outstanding showing for the Dukes varsity wrestling team at regionals over the weekend by winning the super-regional championship. “He only had to wrestle a total of about two minutes the whole weekend,” Cumberland Head Coach Paul Dixon said. “He had a bye in the first round. In the quarterfinals, he had a kid he pinned in the first, and then in the finals, he had a kid he pinned in 30 seconds.” As a team, the Dukes placed seventh out of 13 squads competing, despite having only six wrestlers. All six Dukes advance to the Virginia High School League Class 1 tournament this Friday and Saturday at the Salem Civic Center in Salem.