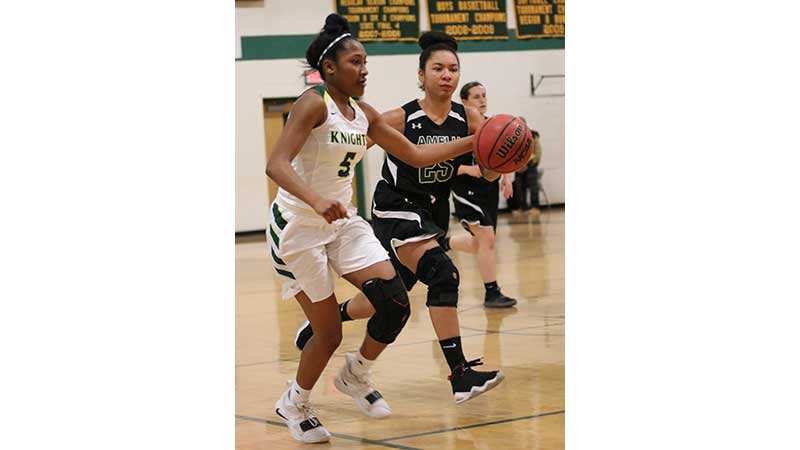 Buckingham County High School’s varsity girls basketball team will be playing for its second James River District-related title in less than a week Monday after blowing out visiting Amelia County High School on Saturday evening in the district tournament semifinals.

“We have been playing our best ball at the right time, and it was evidenced tonight as well as the last of our regular season schedule,” Buckingham Head Coach Kelly Chambers said. “I couldn’t be more proud of the team, hoping we continue to push forward through the playoffs.”

In the James River District tournament championship game set for Monday at 7 p.m., Buckingham (17-4) will host No. 3 Goochland High School (15-8), which defeated host No. 2 Prince Edward County High School on Saturday in the other semifinal, 40-33.

On Tuesday, Buckingham topped visiting Prince Edward 47-37 to clinch the district regular season championship and the No. 1 seed in the tournament. The Lady Eagles won that title last year.

Senior guard Jayda Chambers led Buckingham on Saturday with an outstanding performance, producing 21 points, 18 rebounds, nine assists, two steals and a block. She shot 8-for-14 from the floor, including 3-for-5 from three-point range.