The end of a great run 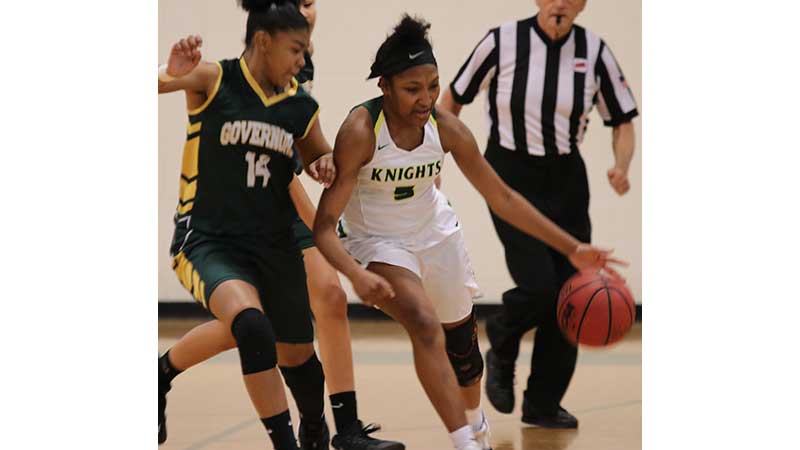 “We just came out very flat today, and it showed, and unfortunately, it cost us our season,” Buckingham Head Coach Kelly Chambers said.

The No. 3 Lady Governors won every quarter but the last on Tuesday, holding an 18-12 lead after the first period, a 30-19 advantage at halftime and a 56-33 margin after three quarters against the No. 2 Lady Knights.

“When the girls showed a little extra energy, it was just a little bit too late in the fourth quarter,” Chambers said.

“I’ve seen Nelson play, and I think that they were just the better team tonight,” Chambers said. “They came out aggressive. They came out and just played like they did not want their season to end tonight. They were able to execute on their perimeter shooting, their inside game, and then the offensive rebounds that they were able to get second chances with and put back up really hurt us.”

In her final game with the Lady Knights, senior guard Jayda Chambers once again led her team, scoring 12 points, grabbing 13 rebounds and handing out six assists. She also had two steals and a block.

Buckingham finished the season with an 18-5 overall record.

Coach Chambers shared part of the message she and her staff communicated to the Lady Knights after Tuesday’s game.

“Anytime when your season comes to an end, it’s a bittersweet moment, but we told them that you also have to remember what we accomplished this year,” she said.