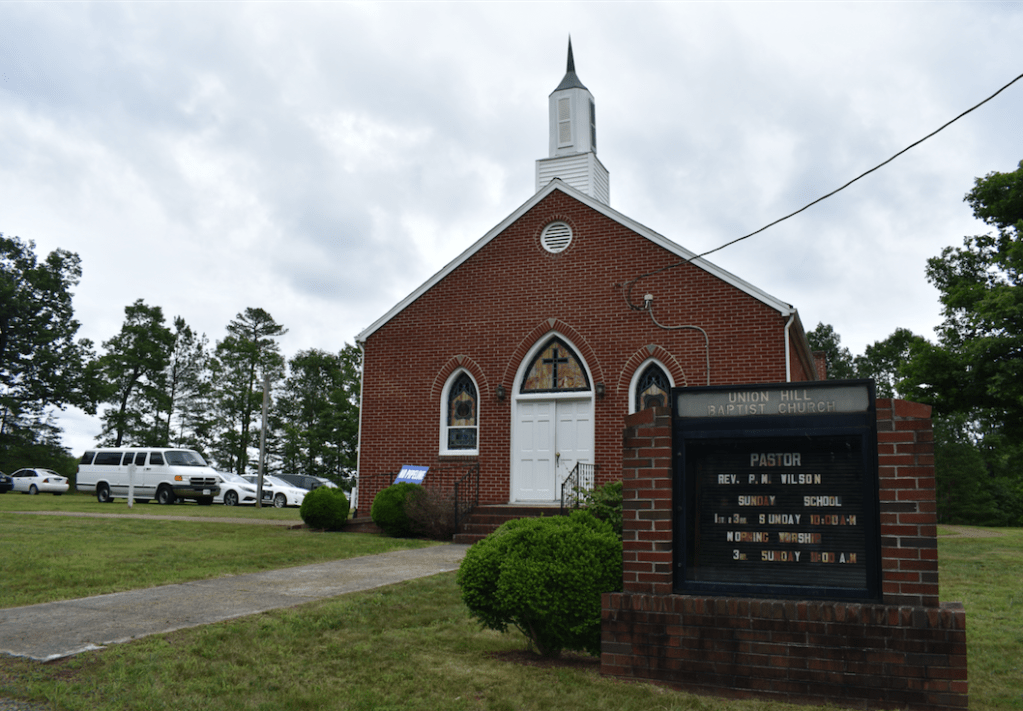 EMILY HOLLINGSWORTH | HERALD Pictured is Union Hill Baptist Church, located at Union Hill Road on Route 663. A support package was recently proposed by Atlantic Coast Pipeline with a tag of more than $5 million.

The Atlantic Coast Pipeline (ACP) and Dominion Energy have issued a plan for a community support package that centers around the Union Hill community and totals more than $5 million.

According to a community engagement report provided by Dominion Energy spokesman Aaron Ruby, the package would be allocated to meet three separate goals.

Ruby confirmed that the allocation would be contingent on the development of the compressor station.

The compressor station would be approximately 53,783 horsepower and located off Route 56 in Buckingham, within the Union Hill community. 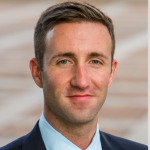 In a Dec. 19 statement concerning the recent decision by the Virginia Department of Environmental Quality to delay action on the Buckingham Compressor Station air permit, Ruby described the Union Hill project and said while it would start with an approximately $5 million investment, “it will not end there. We have a profound respect for this community and its history, and we will continue working together to build a better future.”

The report lists 35 meetings between Dominion and Buckingham community members and representatives between September 2015 and November 2018. These included meetings with a community advisory group in Buckingham County, meetings with Union Hill Baptist Church Pastor Paul Wilson, with Yogaville, with the Buckingham Circle of Protection Group, the Advisory Council on Environmental Justice (ACEJ), with Buckingham County first responders in September, with officials of Buckingham Middle School and approximately 15 area vendors. There were no recorded meetings between February 2016 and April 2018. Meetings, according to ACP documentation, focused primarily on the compressor station and pipeline, and potential community efforts between Dominion, ACP and Buckingham.

Of the estimated $5,120,000 proposed, approximately $1.5 million would fund Buckingham’s emergency response organizations. The allocation would fund six full-time emergency responder positions through a revised contract with Delta Response Team (DRT). The responders would be stationed at the Glenmore Satellite Station of Buckingham County Rescue Squad 24 hours a day, 365 days a year.

The funding for these positions would be temporary and would last for four years.

“Payments would be made annually in the amount of approximately $240,000 per year for each of the four years of the contract extension,” the community outreach report from Dominion cited. “Dominion Energy will work with the county to encourage them to consider continuing the increased service levels at the Glenmore Satellite Station after the initial contract term.”

Of that $3.6 milion, approximately $2 million is allocated toward a community wellness center. The center would be located directly across from the compressor station, on South James River Highway.

“The proposed center would provide space for health, wellness and fitness programs such as yoga, indoor walking, basketball, volleyball and other sports,” the report cited. “There would also be opportunities for arts and crafts classes, and various cultural and historical activities. There could be space for civic organizations, social clubs and educational programs for the youth and senior citizens.”

The center would also include an outdoor pavilion and playgrounds.

The remaining $1.6 million would go toward funds for home repairs, ensure safe water supplies and provide grant funding for business opportunities in the Union Hill community.

The Corporation would have a board of directors, of which Dr. Basil Gooden, former Virginia secretary of agriculture and forestry, Dominion representative and community liaison, and Buckingham native, would be chair.

“Dominion Energy would provide an investment of $500,000 to establish the CDC and then provide $100,000 annually for 10 years” the report cited. “Up to $250,000 could be utilized for local grants with the balance utilized for ongoing operations. The total commitment to the Union Hill CDC would be $1,500,000. An additional $100,000 will be invested for the purpose of documenting local history. The CDC will select the appropriate nonprofit or subject-matter experts to provide a local history display to be located at the Community Wellness, Education and Economic Development Center in Union Hill or other local facility.”

Paul Wilson, pastor of Union Hill and Union Grove Baptist Church, and Friends of Buckingham County representative Chad Oba questioned why similar efforts were not presented by ACP years ago, when the project first began. 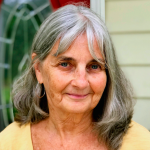 Wilson said in his opinion, the effort was done to be a public show of goodwill, but would not be enough to compensate the community in the event of a catastrophic emergency or potential long-term health effects.

“The amount that they’re offering is nowhere near enough to compensate for the destruction that that compressor station is going to cause in the long run,” Wilson said.

Wilson said that funding has the potential to sway local and public opinion, but said that money should not cancel out the big picture concerning the project or the potential impact on the community it is located. 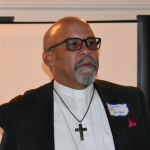 “Everything is not contingent on the dollar, and if everything is contingent about the dollar, then that’s a poor statement for what America has come to,” Wilson said. “That’s not the kind of society that I want to live in, that everything is based on money. There are moral values and ethical issues here that are to me are paramount to this entire situation.”

Wilson said the pipeline project has put a strain on some relationships in the Union Hill area.

“No matter how it goes, it still divides communities, the whole project,” Wilson said. “But at the end of the day, we’re still a community.”