VDEQ needs to be held responsible

A clean environment ends with Adopt-a-Highway, Chesapeake Bay Cleanup, and James River Regional Cleanup. Before it gets to that point, it starts with personal responsibility and involves environmentally-conscious manufacturers. If people did not litter, and waste disposal companies properly covered their trash trucks, we would need less cleanup efforts. If manufacturers produced more recyclable materials, we would need less landfill space. 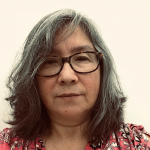 If they produced more non-toxic, biodegradable materials, we would have less risk of toxins leaking into groundwater, working their way to the Chesapeake Bay and James River, and being released into the air from the landfills.

You may not be aware that Cumberland County Supervisors, in a 3 to 2 vote, approved County Waste LLC’s construction of a 1,200-acre mega landfill that will bring trash to that county from a radius of 500 air miles, as the crow flies, so to speak. That radius includes all or most of the states of Georgia, South Carolina, North Carolina, Tennessee, Kentucky, Indiana, Ohio, Virginia, West Virginia, Maryland, New Jersey, Delaware, Pennsylvania, Connecticut, Massachusetts, Rhode Island, and New York. It includes parts of the states of Michigan and New Hampshire. It includes parts of Canada.

That represents 39.58 percent of the 48 contiguous states that will potentially have their trash brought to Cumberland County. It represents increased truck traffic in the Richmond corridor utilizing Route 60 and roads leading to Route 60 through Henrico, Goochland, Chesterfield and Powhatan to get to Cumberland.

Here, in Lunenburg County, I have yet to determine the radius from which Container First Services (CFS) collects trash to dump in our landfill, but I do know that they are currently (and hopefully only short-term temporarily) bringing trash from Petersburg. Petersburg is undergoing a clean-up-the-city effort while they build a new landfill cell and CFS is collecting appliances, mattresses, etc. that have been dumped around the city. I have not determined whether that material is being brought to our landfill.

Older and newer appliances contain materials that deplete the ozone layer and/or create greenhouse gases; even mattresses contain harmful chemicals. These materials quickly fill a landfill cell and their toxins eventually leak into and out of the landfill because no liner is guaranteed to prevent leaking forever; shifting of material due to torrential rains, earthquakes, and aftershocks and the mixing of deteriorating materials cause liners to tear and break down.

CFS is also being sued by the Commonwealth of Virginia and Virginia Department of Environmental Quality (VDEQ) for repeated violations of Virginia Code. I hope their problems in Petersburg do not become problems for Lunenburg.

I supported the Board of Supervisors’ decision to sell the landfill operations to CFS in lieu of considerably raising taxes to sustain operations on their own. They performed their due diligence by researching options available to them and taking many comments from the public and, at the time, it seemed it would be a win-win situation. I placed my trust in them to monitor CFS’s landfill operations and, so far, I have not been completely disappointed. I hope they perform the same due diligence with the Weaver Industrial Waste (aka Asbestos) Landfill on Shelburne Lane in Victoria.

What I have determined from records (deeds and Minutes of Board of Supervisors meetings) filed at the Lunenburg Courthouse is that Weaver Landfill LLC bought the landfill in 1989 and sold it to the Commonwealth of Virginia in 1999. If there are later records indicating that the Commonwealth sold it to someone else, I was not able to locate them. The landfill was closed somewhere around 2000 for violations of Virginia Code. Now, on the recommendation of the engineering company Draper Aden, VDEQ wants to cease monitoring for contamination of groundwater, etc.

The life span of asbestos is forever. Development of the landfill property is prohibited forever. If the asbestos in the landfill was not buried inside sealed containers to prevent leakage, or even inside plastic bags, it is even more susceptible to being released into groundwater and the air due to frequent rainfall as well as earthquakes and their aftershocks. It is the Board of Supervisors’ responsibility to protect Lunenburg’s land, natural resources, and the health and welfare of the county’s citizens. I hope they do this by attending the public hearing at the Victoria Public Library Nov. 15, at 6 p.m., and requesting that VDEQ continue to monitor all environmental risks at the Weaver Landfill for at least three more decades.

Asbestos does not break down. Illness caused by asbestos exposure may not present itself for 20 to 50 years. If it enters the body, it stays. VDEQ needs to be held responsible and accountable for continued monitoring of this extremely dangerous landfill.

TRUDY BERRY lives in Green Bay and works in the town of Victoria. She is a member of the Lunenburg Chamber of Commerce and the Friends of the Victoria Public Library. She can be reached via email at HoltRam74@aol.com.