The Superintendent of Piedmont Regional Jail (PRJ) said Thursday that the settlement agreement that the jail entered in 2013 with the United States Department of Justice (DOJ) finished in October. 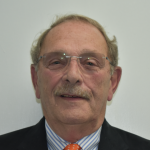 While Jim Davis, the superintendent said the health care issues that prompted the settlement agreement are being addressed, concerns persist about the state of the jail’s healthcare, particularly following the death of inmate Jason Sisson on Aug. 22, 2017.

“On September 6, 2012, the United States issued an investigative findings letter which concluded that certain conditions at the Jail violated the constitutional rights of prisoners detained or committed to the Jail,” the introduction to the settlement agreement cited. “Specifically, the United States found a pattern or practice of constitutional violations in Piedmont’s provisions of medical care and mental health care.”

The jail, in order to fulfill the settlement agreement, had to be in compliance of 59 qualifications that related to health and mental health care at the jail, that includes having 3.5 hours of physician time per week for every 100 prisoners, that intake screenings for inmates be performed by a qualified health professional, that the jail provides care for chronic conditions such as diabetes, asthma, hypertension, HIV, seizures and sickle cell, that the jail has provisions for mental health issues by having one full time Qualified Mental Health Professional (QMHP) and psychiatrist who is onsite at the jail “no less than once per week for a number of sufficient provider hours,” and that correctional officers be trained in providing first responder medical care and are basic cardiac life support certified.

Many of those standards are from the National Commission on Correctional Health Care (NCCHC), which seeks to provide certification to jails for proper medical care.

“We weren’t following it, at all,” Davis said about the NCCHC standards when the jail entered the settlement agreement.

The jail was monitored by James Welch, RN, a court monitor mutually selected by the parties to report on the jail’s Settlement Agreement.

“In other words, as soon as an inmate comes in the door of the jail, they are to be medically screened,” Davis said. “Now sometimes we get 30 and 40 inmates in one day from the federal government, from different areas, so you can see where that created problems.”

He said a new wing of the jail being built and set to open at the beginning of 2019 should provide more room for inmates to be medically screened.

Davis said the jail is in the process of negotiating a new medical provider. Its former provider Mediko, a Richmond-based company, had a five-year contract that expired this year.

Davis said the jail’s largest challenges include providing services for those with mental illness, or those detoxing from opioids or other medications.

“The jail has had a bad name,” Davis said. “I want to correct it. We’re going to make every effort to be transparent, and we’re trying to do everything we can to bring this jail to the standards that it needs to be.”

While the jail is considered to be out of its settlement agreement, concern about the jail’s medical treatment of its inmates persists, particularly following the death of inmate Jason Sisson in August 2017. 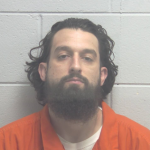 A motion to intervene was filed July 16 in federal court on behalf of the family of Sisson who died following an assault that occured at the jail. According to the motion, Jason was savagely battered by PRJ inmate George M. Chute on Aug. 12, 2017, the motion file cited. Jason was first taken to Centra Southside Community Hospital where he was found to have a basilar skull fracture with intracranial injury, the motion cited. He was promptly transferred to the Medical College of Virginia (“MCV”) for more acute trauma care.

Jason was discharged Aug. 18, 2017, the motion cited, with a diagnosis for sinus venous thrombosis and was prescribed, among other things, Enoxaprin (blood thinner) 80 milligrams (mg) every 12 hours to be given until International Normalized Ratio (INR) was therapeutic (at a range of 2-3), and warfarin (blood thinner) 5 mg daily.

INR, according to the motion, is a way of reporting the prothrombin time, a measure of the blood’s ability to coagulate.

“According to his PRJ medical records, (Sisson) only received two doses of Enoxaprin (at approximately 0700 and 2100 hours on Aug. 20, 2017) and zero doses of warfarin. His INR was never checked,” the motion cited.

“On the morning of Aug. 21, 2017, a correctional officer found Sisson lying on his cell floor incoherent, with altered mental status, facial drooping and decorticate rigidity; and with blood/ sputum coming from his mouth,” the motion cited. “Sisson was first taken to (Centra) Southside where, according to labs drawn at 7:54 a.m., he was noted to have an INR of 1.27 — well below the therapeutic range for someone on anti-coagulant therapy. Sisson was noted to have massive intracranial hemorrhaging.”

“He was promptly transferred via MedFlight to MCV where, at 11:07 a.m., he was noted to have an INR of 1.1, consistent with someone not on anti-coagulant therapy. Sisson suffered a cardiac arrest at MCV but his pulse returned after chest compressions. By 6:10 p.m., Aug. 21, 2017, it was determined that Sisson was brain-dead. Sisson remained on life support while a decision was made whether to harvest his organs or preserve his body for a medical examiner investigation. Sisson was ultimately terminally extubated and died of cardiac arrest at 5:48 p.m. Aug. 22, 2017.”

The criminal trial for Chute was scheduled for a two-day trial beginning Oct. 31 at the Prince Edward County Circuit Court.

“During jury selection, the court declared a mistrial,” Clark said. “It was brought to the court’s attention that during a break, multiple potential jurors were making inappropriate statements. The nature of the statements, as well as the possible impact they may have had on other potential jurors, caused enough concern such that defense counsel made a motion to the court for a mistrial and the Commonwealth joined in that motion. The jury trial is now scheduled for January 2019.”

“We’re continuing our investigation and we will be filing suit against the Piedmont Regional Jail and several officials with the jail, so that is in the works,” Dix said. “We’re just still in the investigatory phase.”

“When he was discharged from VCU, he was supposed to be put on a regiment of a couple blood thinners, and it appears at least one of those blood thinners was never administered. That’s just inexcusable,” Dix said about Sisson in a previous Herald report.

Veterans Day is Sunday, Nov. 11. Remembering loved ones and our neighbors who are veterans has never been easier with... read more