A “Stuff the Truck” event, sponsored by Haley of Farmville, Inc., was held Sunday at Walmart on Peery Drive in Farmville, the latest in a series of events in support of the Prince Edward Christmas Mother organization. Trucks of red and blue adorned each door with volunteers at the ready to help load up the trucks with toys and goodies for area children. In its third year the Prince Edward Christmas Mother organization serves area children in need with clothing, toys, books and other gift items during the winter holiday season.

In 2017 the Prince Edward Christmas Mother organization raised more than $30,000 and served 287 area children. The organization is hoping to meet that goal again this year. 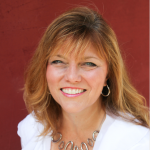 This year’s Christmas Mother is Navona Hart of Real Living Cornerstone. As previously reported in The Herald, the role of the Christmas Mother is to be the face of the organization by representing the group and its mission and to help with fundraising and relationship-building within the community.

Hart stated that this year’s distribution will take place Dec. 12 and donations are still being accepted. When asked if there was any particular need or age group that needed particular attention, Hart noted that the tweens and teens always seem to get left out. She recommended items such as movies, balls, games, books and fingernail polish. She also said she tells people to buy what they know. If you usually buy for a teenager, buy something your teenager would like; if you buy for a young child, buy what they like and so on. Hart went on to say that “all gifts matter and we make it work.”

If you would like to help an area child in need and create some real Christmas joy, donations can be made online at pechristmasmother.com or in person at the Real Living Cornerstone office in downtown Farmville, located at 238 North Main St., between the hours of 8:30 a.m.-5:30 p.m. Monday – Friday and Saturdays from 9 a.m.-3 p.m. or by appointment by calling (434) 395-1225.

Turn your worries over to God