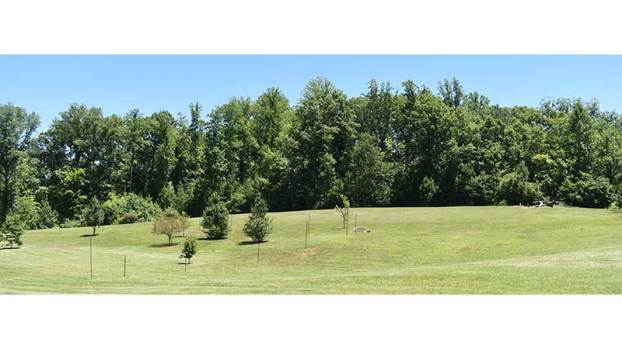 FACES Food Pantry is in the process of building a new distribution center on 2 1/2 acres of land to the right of the Southside Virginia Family YMCA, shown here in this July photo. (Photo by Emily Hollingsworth)

The Farmville Town Council is set to consider requests from FACES Food Pantry that include waiving cost of water and sewer taps and assisting with site grading for a new distribution site the pantry is in the process of building.

The council will consider the request during its Nov. 14 meeting, scheduled to begin at 7 p.m. at the Farmville Town Hall at 116 N. Main St.

FACES is in the process of constructing a new distribution center on Commerce Road next to the Southside Virginia Family YMCA.

“The differences FACES will be raising from local efforts,” the documentation cited.

FACES is requesting that the council consider waiving the cost of water and sewer taps.

“Water and sewer are located in front of the site,” the documentation cited. “Present cost outside town are $15,000, plus the cost for materials.”

FACES, according to the council board packet, also requested that the town contribute or help with site grading.

A recommendation listed in the board packet for members of the council to consider include granting the waiver of the water and sewer taps, and making a monetary donation of $5,000 toward grading cost to the new construction site.

FACES President Ellery Sedgwick said in a July Herald interview that the building would be more than twice the size of the current location at North South Street, which is 3,200 square feet.

It will have offices, additional space for refrigeration and freezers for produce and other items, and additional meeting space for its other programs it runs with the United States Department of Agriculture (USDA).

“It will give us a permanent home,” Sedgwick said about the facility. “It will give us good equipment, and a sanitary, well-cleaned facility to distribute from. And help us to expand our programs.”

FACES served 992 households in 2017, distributing a total of 1.3 million pounds of food through its weekly distributions, its deliveries to senior citizens and its children’s backpack program, Sedgwick said.

The Public Works Department will be closed Monday in observance of Veterans Day, according to a Wednesday press release from... read more