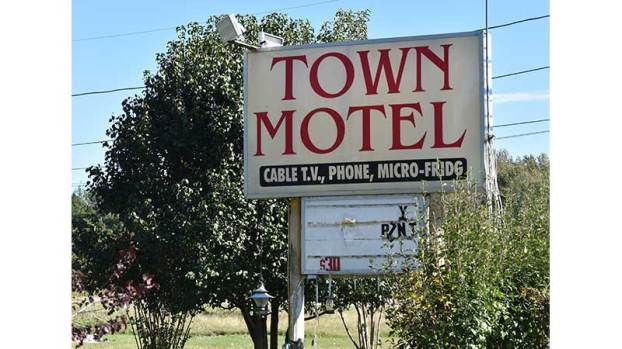 The Town Motel, located at 1708 W. Third St., recently closed. A notice from the Town of Farmville cited that there were property maintenance and building code violations at the motel. (Photo by Emily Hollingsworth)

A public notice from the Town of Farmville Wednesday confirmed the closure.

“The Town Motel had multiple property maintenance and building code violations that posed health and safety risks to the residents,” the notice cited.

The notice continued to state that the owners of the motel were given a timeframe to correct these violations that concluded Oct. 15.

According to documentation provided by the town, the motel had been determined as an unsafe structure, defined by the Virginia Uniform Statewide Building Code (USBC) as “dangerous to the health, safety and welfare of the occupants of the structure or the public, (ii) that contains unsafe equipment, or (iii) that is so damaged, decayed, dilapidated, structurally unsafe or of such faulty construction or unstable foundation that partial or complete collapse is likely. A vacant existing structure unsecured or open shall be deemed to be an unsafe structure.”

The documentation did not indicate the number of occupants that resided at the motel prior to its closing.

An 11-page letter dated Sept. 18 and signed by Building Official Phillip Moore was sent to the motel detailing the violations found at the motel. An addendum to the letter was delivered, dated Sept. 21, citing that the water source from the motel was not connected with the town’s water supply.

Reported violations from the motel detailed in the letter included peeling paint, missing siding, missing or non-functioning smoke alarms, lack of gutters or drainage, several rooms where the bathtubs were used for storage, a refrigerator that was draining onto the floor, with spoiled content inside of the refrigerator and “roaches and insects crawling in and around the refrigerator,” and evidence of insect and rodent activity in one of the units.

A large hole was found in one of the floors of a unit. Another unit was found to have a door frame that was held together by a plastic spoon in order for the door to close. There was also evidence of extension cord use and multi-use outlets for rooms not intended for long-term stay, posing a potential fire hazard.

The letter cited that units 1-3 had accumulated and stagnant water, were foul smelling and had indicated deterioration of the floors and structures.

“This violation is compounded by the fact that this structure is in a flood zone, and roof drainage and runoff from the adjacent property and water from on-site collects under this structure,” the letter cited. “These issues pose serious health concerns to the occupants of this structure and potential hazards to occupants of the other structures due to the risk of pests, insects and bacteria in such proximity to the residents.”

Accessory structures such as detached garages, fences and walls were found to have accumulated excessive storage and trash, creating a potential fire hazard.

Documentation from the Town of Farmville’s water treatment plant cited that a sample collected and analyzed from the motel’s well water Sept. 21 tested positive for presence of E. coli coliform.

The letter cited that boiled or bottled water be used for drinking, beverage and food preparation, and making ice until further notice.

A letter from the town to Rishi Mishra addressed Tuesday, Oct. 16, and signed by Farmville Building Official Phillip Moore cited that significant repair to the motel would need to take place in order for the building to be deemed safe.

The letter cited a contractor would be needed to make the repairs. Moore said he would need a detailed list and cost of all repairs required, broken down for each building.

“All deficiencies’ must be corrected, including any deficiencies found in follow up inspections,” the letter cited. “This will be required for a full review prior to issuing a building permit, including the required licensed contractor.”

The Virginia Children’s Book Festival (VCBF), in its fifth year, is bringing the books of more than 20 authors and... read more